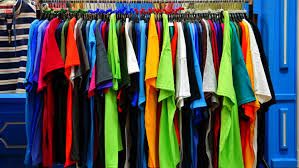 (by David Birnbaum for Just-Style.com)

In 1606 the British Government granted a charter to the Virginia Company of London – thus creating the world’s first publicly listed multinational corporation, while at the same time beginning a 400-year debate between family firm and professionally-run corporations.

This was the age of enlightenment, and the joint-stock company became the vehicle of change, particularly in the economic sphere. Professional managers were rapidly taking over from family control. Equally important, where capital investment had previously been in the hands of a few wealthy families, the joint-stock company opened ownership to a much wider segment of the population.

The arguments favoring the joint-stock company with its professional management and popular ownership against the traditional family firm go on today. The fundamentals remain the same, only the tools have changed.

Today’s debate is all about productivity and has two factors:

Herein lies the problem. On the one hand, the two factors are indeed true:

We should ask a simple pertinent question: If the family firm is not as efficient and in other ways inferior to the professionally-run corporation, why then do family businesses continue to flourish?

The best example of the contrast between the family firm and the professionally-run corporation lies with our own sleeve-and-shoulder pad industry.

The US side
It has become self-evident, that to an increasingly larger degree, the big factories are better capitalized and more secure than their major US customers.

We can see the difference when we consider that of the US retailers, Walmart, a family firm, remains the strongest and most profitable.

The other side
Outside the US, the major retailers and brands have gone in a different direction.

There are two similar groups:

These companies, while facing many of the current industry problems, are still doing well. More to the point, US subsidiary operations are doing much better than their US domestic competitors.

Why has the family firm prospered while the professionally-run multinational corporation failed? What are the similarities? What are the differences?

Similarities
During the past decades, family firms have taken on some of the tools of the professionally-run corporation:

However, despite these changes, family firms have retained complete control either by limiting the percent of shares available to the public, or by retaining voting shares to the family.

This gives rise two very different cultures:
1: The family firm values new ideas and particularly the people willing to express those ideas. They recognize that those who constantly say NO to new ideas are never wrong because they take no responsibility, with the result that the company develops a culture defined as: If you do not make mistakes, you are not doing your job.
2: The staff of the professionally-run corporation, particularly management, recognize that they cannot afford even a single failure and therefore cannot risk presenting or even supporting new ideas. They are living in a one-strike-you’re-out environment, with the result that the company becomes permeated with a culture of CMA (cover my ass).

1: Reduce all expenses that do not result in short-term quantifiable benefit, with R&D being the first to go. Cancelling R&D will save money at no cost, albeit in the short term. However, in the long term, without R&D there may be no long term.
2: Share buybacks. By buying back your company shares you automatically increase the value of the remaining shares, albeit at the expense of reducing your company’s assets.
3: Sale of profitable divisions. By selling off profitable divisions, you automatically increase cash holdings, albeit at the expense of reducing future profits.
4: Downsizing during difficult periods. By firing staff and workers, you reduce overhead costs, albeit by losing what is probably your greatest capital asset? your people. When downsizing is voluntary, the best people will take the money and run, knowing they can find employment elsewhere. When downsizing is involuntary, your best people will still be out looking for new jobs simply as a matter of self-protection.

To a degree, your fixes work. But you are only achieving short-term benefits while destroying the long-term value of your company.

On the macroeconomic level the situation looks even worse, particularly in the United States.

Where once the US was the world innovation leader, as of 2018, according to the Bloomberg Innovation index, the US no longer ranks in the top 10. The reasons are obvious:

The traditional professionally-run corporations have found that investment in government produces the best return without the need to provide increased value.

These and many more have brought about the greatest tax increase in history. I am not referring to the recent 2017 Tax Reform Reconciliation Act, but to the indirect taxes whereby every benefit granted to the corporations will come directly out of consumers’ pockets in the form of higher retail prices.

Where do we go from here?

While many leading industry professionals are still living in the 17th century age of enlightenment, there are some who are looking at the world as it exists today and are working to move into the here-and-now.

The internet has brought more than a revolution in technology. It has brought a new revolutionary business developed by Amazon, Facebook, Google and others.

These new-model companies have moved away from the short-term fixes of the traditional professionally-run corporation in favor of the family-firm model. The main difference is that while the family firm is controlled by the family, the new model companies are in their first generation, so control still rests with the founders.

Other than that, the new model company characteristics closely follow the family firm: