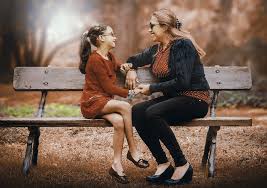 A well-run company may be the best Mother’s Day gift of all for women who follow their mothers into family-business leadership roles. After all, their mothers were the ones who taught them about leadership in the first place — both at home and in the office, where they focused on building enduring companies.

In the process, those mothers exemplified a new paradigm for their daughters, demonstrating how to put their values to work and build on the legacies they inherited.

As an EY global survey of the world’s largest family businesses, Women in leadership: The family business advantage showed, the presence of women in family-business leadership roles makes it easier for all of the company’s women — family and non-family alike — to see themselves as leaders.

More recent data, to be released from EY’s Global Family Business Survey 2018, showed that 60 percent of the world’s largest family businesses were considering having a woman as their next CEO. In addition, 82 percent of these companies already had women in their C-Suites. Those that did averaged a leadership roster of nearly six women in these roles, up 20 percent in the just three years since EY’s earlier survey.

Clearly, then, companies are increasing their numbers of women in leadership roles. The experiences of the following three leaders support these findings that show family businesses excel at advancing women.

Teach yourself to be brave.

Jayne Millard, chairman and CEO of global electrical and industrial distributor Turtle & Hughes, credits her mother Suzanne Millard, the company chair, with preparing her to lead the 900-employee business.

As a young woman, Jayne Millard recalled being impressed by her mother’s fearlessness. “She never stopped to think, ‘Maybe I shouldn’t have this conversation, or make this ask,'” Millard told me in an interview.

The company, founded in 1923 by Millard’s great-grandfather M. Berry Turtle and his business partner Bill Hughes, has had a history of leadership by women. After Turtle’s death, his wife Ethel, who provided the funds to start the business, stepped in and ran it from 1942 to 1965. Her son, Jayne’s grandfather, was in charge for just three years before he died.

Jayne’s mother then took control and made big changes, moving the company from New York City to Linden, N.J., where it is headquartered today, and creating an employee stock ownership trust, which she used to buy out her sisters, who wanted to sell the business.

“My mother is the only reason we didn’t sell this company,” Millard said. While she admired her mother’s sense of mission, she did not always envision following her into the family business, she said. Instead, early in her career, she worked in marketing for the Martha Graham Center for Modern Dance. Only later did she decide to earn an MBA as a tool to inform her role as a Turtle & Hughes board member.

Then, in 1991, at her mother’s request, Millard joined the business, in the marketing department. She rose through the company, becoming CEO in 2008. In every role, she said, she benefited from her mother’s influence. “My mother showed me that you have to teach yourself to be brave,” she said. That means you may have to “fill in the blanks and fake it a little as you learn on the job,” she added.

It’s a lesson her great-grandmother and mother both lived by before her as they assumed roles that were especially untraditional for women of their time.

But those stories were hardly children’s fairytales. While the grocery industry remains male-dominated today, it was even more so in 1983 when Mary Anne and her husband, James, who died in 2013, founded the business. Kowalski recalled being dismissed frequently by men who were not used to working with a woman.

“Everything came in addressed to ‘James Kowalski, Owner,'” she told me. When she answered the phone, it was a challenge to get vendors and suppliers to understand that, yes, she could handle their business — there was no need to wait for a response from her husband.

During a trucking strike, Kowalski was particularly upset by sexist jeers from the truckers, though, she said, that didn’t stop her from climbing into a truck and driving it across the strike line.

Over the years, she said, she would tell her daughter and only child, Kris, all of this. Kris was 16 when her parents started the business. By telling Kris her stories, Kowalski said, she hoped to prepare her daughter to navigate similar situations. “I wanted her to be aware both for herself and for other women at the company,” the mother said. “I think, at times, I made her nervous — she saw me get pretty angry.”

For Kris Christiansen, who started working at the company in 1990 and became CEO in 2017, the takeaway was to know her worth and continue to do her job. “Even though I saw my mother’s anger and disappointment, in me it manifested as, ‘You just keep going,'” she said.

She said she shares that priority with her own daughter, who’s 13, though it’s too early to tell whether that young girl will follow her mother and grandmother into the business.

Diana Nelson succeeded her mother, Marilyn Carlson Nelson, as board chair of global travel and hospitality company Carlson in 2012. Curt Carlson, Diana’s grandfather, founded the Minneapolis-based business in 1938, and took an autocratic approach to leadership that prioritized the chain of command.

When his daughter, Marilyn, who also served as CEO, assumed leadership following his death in 1998, she transformed the corporate culture, aligning it more with her personality and sensibilities.

“The workforce was demoralized by [Curt’s] top-down rule,” Marilyn Nelson told Family Business magazine. “I wanted to lead with love and create a collaborative environment that was less linear.” A working parent herself, Nelson also structured the work environment to be more consistent with employees’ family lives. The company, which was later honored as one of the “100 best companies for working mothers,” was among the first companies to offer paid paternity leave. During Marilyn Nelson’s tenure, Carlson’s revenues doubled.

Enter the third generation: “My mother was a profound teacher,” Diana Nelson told Family Business. “Everything she did reflected her personal ethics. She showed us that businesses could be profitable and good citizens.”

It’s a mindset that’s particularly common among these women-led family businesses. Considering the women who came before her, Jayne Millard said, “The biggest gift they gave me was to create a culture that recognizes the company isn’t ours to sell, it’s ours to rebuild for the next generation.”