Top 5 Insanely Wealthy Families That Lost it All 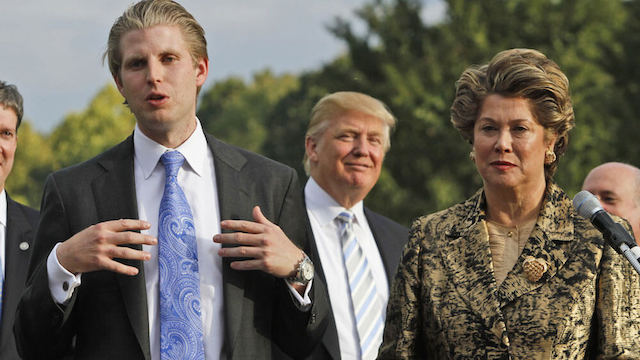 Cornelius Vanderbilt once said, “Any fool can make a fortune; it takes a man of brains to hold onto it,” If only his descendants heeded that wise piece of advice – the Vanderbilts are now a prime example of how a mismanaged family fortune can be quickly squandered.

Read on and check out our list of top 5 incredibly wealthy families that lost it all:

Frank W. Woolworth was the founder the W. Woolworth Company: a very successful chain of stores called “Five-and-Dimes” that sold low-priced merchandise. However, the family fortunes took a turn for the worse thanks to his daughter, Barbara Hutton who blew through the family’s fortune of $900 million.

The deflation of the trust fund began on her 18th birthday in 1930, when she threw a lavish ball for elite guests such as the Rockefeller and Astor families for $1 million. The public distaste in this was so great that she was sent on a tour of Europe to escape the onslaught of bad press. However, the biggest loss to her fortune was spent on her seven marriages and divorces, which included two princes, a count, and baron, as well as famous actor Cary Grant.

Barbara’s careless attitude towards her money has been attributed to her unstable childhood: at the age of 6, she discovered her mother dead and lived the rest of her childhood being tossed around different family members. In 1979, she died of a heart attack at the age of 66, with the amount of $3,500 remaining in the family’s trust fund.

Estimated Family Wealth: Was worth $105 billion, now worth nothing

In 2014, Vanderbilt descendant Anderson Cooper announced: “My mom’s made it clear to me that there’s no trust fund,” on Howard Stern’s radio show. This was a spectacular fall from grace of what was once America’s second wealthiest family, behind only the Rockefellers.

Founded by Dutch immigrant Cornelius Vanderbilt, the Vanderbilts built up a shipping and railroad empire especially under Billy Vanderbilt, who doubled the family’s fortune after inheriting an 87% stake in New York Central. Under his management, the family increased its fortune to $200 million by 1877, which in today’s value equaled an astronomical $105 billion.

Unfortunately, that was the high point for the Vanderbilt family, as the fortune then passed on to the hands of his two sons, Cornelius II and Kissam. The first division among the two brothers was then followed by years of unruly spending and badly managed business decisions, causing the family inheritance to become smaller and smaller until nothing was left.

Estimated Wealth: Was worth $30 million, now worth $3 million

Television industry mogul John Kluge was a very wealthy entrepreneur who at one point in his career, was listed by Forbes as the richest man in the world in 1989. Known as a frugal billionaire, Kluge’s Metromedia empire was sold to 20th Century Fox for $4 billion, and Kluge himself was worth $6.5 billion at the time of his death in 2009.

However, some of his namesakes were not so fortunate, the most prominent of whom is Patricia Kluge. John Kluge was married 4 times and has had 3 divorces, of which Patricia was one. Her story was one fit for a movie: she was a beautiful young woman who married the billionaire, divorced and used her hefty settlement to strike out into a celebrated winery business. Her inherited real estate was worth $30 million at the time of the divorce, she was receiving a whopping $1 million a year as a part of the settlement.

However, Patricia filed for bankruptcy in 2011 when her debts for the estate and winery became more than her profits. The Bank of America became the top bidder for her assets, and Donald Trump ended up buying the estate vineyard for $6.2 million, and Patricia was hired on a one-year contract to work for Mr. Trump at the winery for $250,000. Estimated Family Wealth: Was worth $77 million, now worth $5 million

Jason Gould was America’s richest and most successful railroad developers, who became president of the Erie Railroad company only 9 years after he started his career in 1859. However, Gould and his partner Jim Fisk were also reckless financial speculators, who took advantage of nationwide corruption that extended from Wall Street to the President himself and attempted to drive the price of gold into the stratosphere.

When the scheme was busted by President Ulysses Grant, the resulting Black Friday crash of 1869 resulted in him losing control of Erie Railroad. Gould made a small profit from this operation but lost it to subsequent lawsuits.

However, he began building railroads in the west and by the time of his death, had restored his fortune to $77 million. Unfortunately, a large sum of the fortune had to be given away to creditors, and by the time the third generation of Gould children inherited the fortune, they were left with only $5 million.

Estimated Family Wealth: $9 billion to nothing

In 1850, Bernhard Stroh founded the Stroh Brewery Company, which would become one of America’s most successful, popular beer companies and accumulating a net worth of $700 million – approximately $9 billion in today’s dollars. Armed with the prized family beer recipe, Bernard immigrated to Detroit from Germany during the German Revolution and started the company with just $150.

However, the family and company fortune took a turn for the worse in the hands of Peter Stroh, Bernhard’s great grandson. In 1982, Peter began to make a bid for rival Schlitz Brewing Company, in what was a fiercely contested acquisition. The purchase made the Stroh Brewery the third largest brewing enterprise in America, but it came at a massive cost as the company had to resort to bank loans and raising the price of his company’s beer in order to complete the sale.

Ultimately, the company was sold to the Pabst Brewing Company, and the Stroh family lost over $700 million, decimating its fortune and left with nothing but a half-empty office building in Detroit.