The Godfather vs. Game of Thrones 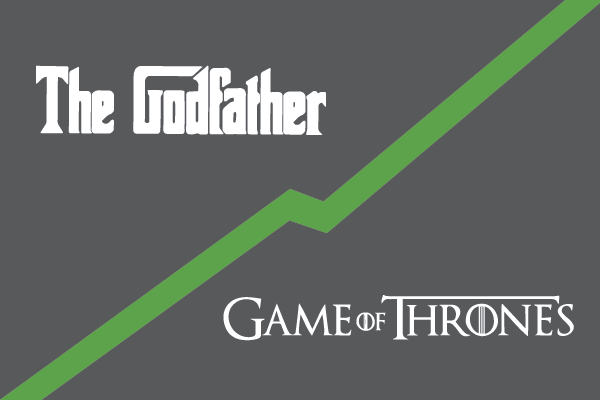 Mario Puzo's "The Godfather" is generally recognized as the greatest family story.  Family Business Academics have coined a term the "Fredo Effect" after Fredo Corleone, the loser, neer-do-well brother whose actions brings harm to his family.
Since Thrones and "The Godfather" are both set in family businesses, it follows that there are numerous similarities.  Check out the obvious and not so obvious and vote on The Great Family Business Drama.

Make Sure You Flush

The Godfather – Fredo Corleone epitomizes the loser, neer-do-well brother whose actions brings harm to his family
Game of Thrones – Samwell Tarly tries to return to his family with not very pleasant results

Working Outside the Business