Struthers Butcher Realizes His Dream by Continuing the Family Business 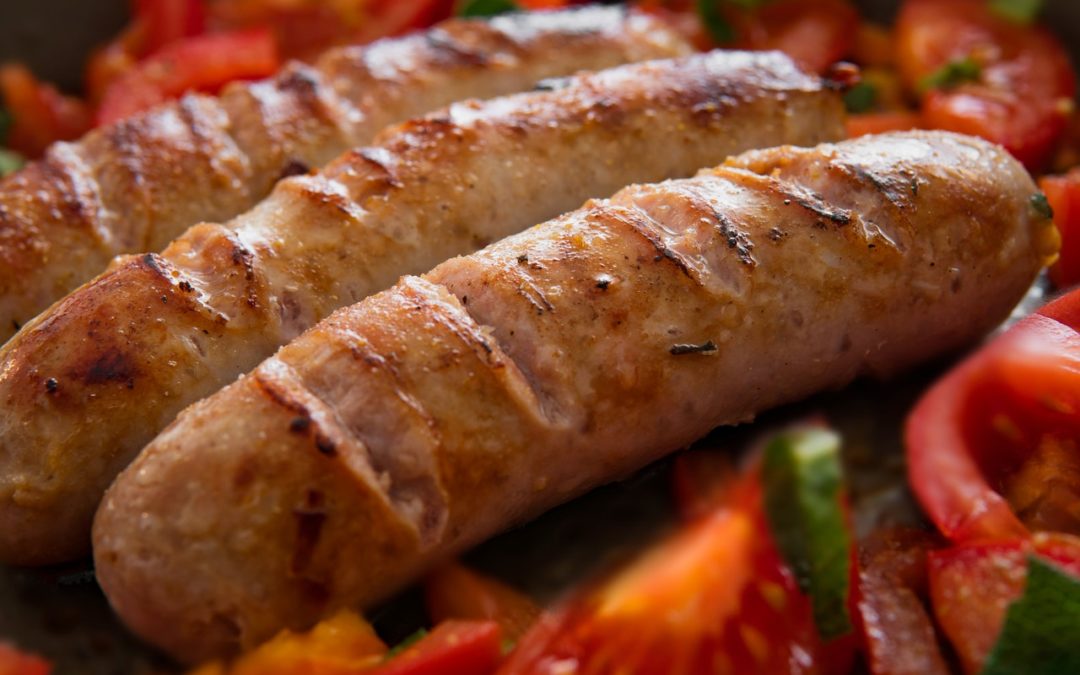 (By Graig Graziosi for The Vindicator)

Will Lightner was excited. He walked through the back hallway of his recently opened business before coming to a stop before a sizable metal cabinet.

“Check this out,” Lightner said.

He pulled its door open, where inside more than 70 links of reddish-brown kielbasa dangled from the rungs of the meat smoker.

The kielbasa wasn’t just a product he was proud of – though Lightner certainly was proud – the beloved sausage from Poland and Ukraine was his first step into the world of fine meats.

It was why he spent seven years working to bring his butcher shop, Lightner’s Fresh and Smoked Meats, into existence.

Lightner celebrated the shop’s grand opening earlier this month, but he’s been selling cuts of meat from his store at 1020 Fifth St. since January.

The shop offers steak, beef jerky, a variety of sausages – including blueberry maple breakfast sausage and chicken, spinach and feta stuffed sausage – chicken, pork chops filled with homemade stuffing and, among other items, the family’s kielbasa.

“My great-grandfather – we called him Zedo – started making kielbasa over in Campbell. Then my grandfather took it over, and then my dad started making it, and he branched out from there,” Lightner said. “I grew up on a small family farm out on the East Side [of Youngstown] near McKelvey Lake. We raised a few animals – chickens, pigs. I’ve been around butchering for pretty much my entire life.”

Lightner’s father asked him to take over the family business when he was in his 20s – he’s 55 now – but he was hesitant. He had just started a family and had an opportunity to work locally as a machinist.

As he watched small mom-and-pop shops go out of business or get swallowed up by chain grocery stores in the early 1980s, he decided taking over the butcher business was too risky.

The desire to continue in his family’s traditional trade stuck with him, however, and, seven years ago, he decided it was time to revisit the opportunity he had in his 20s.

“It took seven years to find all the equipment and get good prices on everything. The Lord’s really blessed us with so much of this equipment. But the search was worth it,” he said. “I wish I would have done this in my 20s.”

Though butcher shops have declined in recent decades due to consolidation of grocer services into big-box stores and consumption trends moving away from the purchase of red meat, Lightner said he believes many local shoppers desire exactly what he offers.

“People want to buy good meat. When they come in here, they’ve got questions. We can answer them because we know where we get our meat. We don’t freeze anything here. There’s no antibiotics; it’s all natural. Our customers know the difference between what you get frozen at a big grocery store and what fresh, high-quality meat tastes like,” Lightner said. “The support we’ve had from the community has been incredible.”

Now, Lightner works his shop with one of his best friends, Pete Poulakos, his friend Lisa Pirtle and his family – wife, Minerva, and his sons, William and Nick.

Poulakos was twisting and tying off the ends of breakfast sausage links at the shop.

Formerly a production manager for the workshops at the Mahoning County Board of Developmental Disabilities, Poulakos has spent his entire adult life helping others overcome obstacles. When he left the MCBDD, he joined Lightner in his goal of opening the shop, and he’s been with him ever since.

“It’s been an absolute blessing to be able to help my friend fulfill his dreams,” Poulakos said.

Business has been good. Each week, his orders have increased, and he’s had so many requests to ship his meat he’s on the verge of introducing the option.

“Very soon we’ll be able to ship,” he said. “The sky’s the limit for the shop. I’ll go wherever the Lord leads me.”