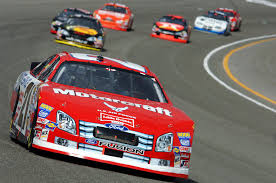 (By Blake Sebring for the News-Sentinel)

As soon as John Gatton Sr. got the racing bug, the rest of his family tree was pretty much defenseless.

A 2017 Baer Field Speedway Hall of Fame inductee as a mechanic and crew chief, Gatton started at the Fort Wayne and South Anthony Speedways in the early 1960s, working with such drivers as Paul Page and Duke Krocker, and later Don Jones, Stan Urbine and Roger and Art Terlosky. During the 1990s, he was car owner for his son John Jr., winning eight championships in the traveling modified series and the 1997 title at Baer Field.

His son has won Baer Field three track championships in the late model division, and now his sons Jonathan, 19, and Jordan, 15, are carrying on the family tradition in the modifieds division. The only problem is, that means dad gets to race less often.

“When I’m racing, I don’t get to watch them as much so I won’t race on a full-time basis because I want to be part of what they are doing,” John Jr. said last Saturday. “That’s my biggest thing.”

How could it not be? The boys were hanging around the track when they were toddlers, started racing around age 8 on the go-kart track next door and right now they are hot on Dad’s tail and looking for a chance to pass. Jonathan started racing on the track at age 14, and Jordan at age 15 (after a change in the insurance rules).

“It’s just something to do,” Jordan said. “Every Saturday, you’d rather be out here than sitting around at home watching TV.”

Not a lot of kids get to play professional baseball, basketball or football with their dads, but the Gattons get to race with their dad every time they can convince him to get behind the wheel.

“It all started with my grandpa,” Jonathan said. “He helped build this racetrack and he’s been around here for so many years that he knows everybody. He taught my dad everything he knows, me everything I know and my brother everything he knows. It’s just cool to be able to carry on his name and my dad’s name out there.”

Jonathan won the modifieds track title the last two years. He’s also following his father in the professional world as both work for McMahon’s Best-One Tire and Auto Care as mechanics.

“I raced against Jonathan all last year and that was really cool,” said John Jr., 44. “We were hoping to get a third modified together so I could race against both boys this year. We’ve got a third car, but it’s not done yet. Right now, I’ve been sitting out and focusing on helping Jordan get going. I’ve tried to retire a couple of times and just go along with the boys or whatever, but I just can’t.”

And that’s fine with the boys. There’s not much of a rivalry going on as they treat each other more like teammates with just a hint of an edge.

“It’s very competitive,” Jonathan said. “He’s got thousands of laps around this place. I’ve actually gotten to beat him a couple of times. When we are side-by-side, we both pick it up a notch to try to beat each other. The cool thing about it is, the harder he races me, the more knowledge I take in because I can see where he puts his car and how he positions himself. that just makes me a better driver. I just try to carry myself the way he does because he’s had a lot of success.”