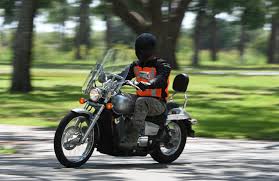 (the whole of this article appeared in MyBusiness, written by Adam Zuchetti)

Cobram Motorcycles & Mowers was launched by Ron Wilson in 1987 in Cobram, Victoria. And while his family — comprising wife Vikki, son Reid, daughter Shelley and son-in-law Braden — work alongside him, they all admitted that Ron ruled with an iron fist and was extremely reluctant to embrace change.

This reluctance, the rest of the family argued, was leading the business — and Ron — to suffer.

“I worked in the business in the beginning, but I left the business because Ron and I couldn’t get along,” explained Vikki.

The end result was that business had drained a $160,000 bank overdraft, and was leaving the family with an annual profit of just $13,000.

“Working with family can be stressful — Vikki and I realized that we can’t work together,” admitted Ron.

“Going to work most days is now hard — the way the economy is, it’s a battle to get out of bed and go to work and soldier on. We’re living week to week at the moment”.

“It’s getting to the point where I might have to say ‘enough is enough’.”

Family dynamics in the workplace

The Wilsons had lost their eldest son Jay in a car accident some years before. Jay had been born shortly after the business was launched, and as a teenager, had worked in the business alongside his father.

After Jay’s death, Vikki became reclusive, while Ron “went straight back to work”. This divide continued to drag on the business, particularly as everyone felt it was still missing a member of the team.

Such intense emotions understandably would have contributed greatly to the resistance to change that was crippling the business.

Importance of having a mentor

Crucially, however, the Wilson’s experience clearly demonstrated the intangible benefits of having a mentor on whom to rely for advice and simple conversation.

The family were introduced to Father and daughter Brian and Lisa McGuigan, of fourth-generation winemaker McGuigan Wines.

When Lisa confessed that McGuigans had been forced to overcome a similar family tragedy — the death of her sister at age 21 — the two families could be seen to develop an instant rapport.

“Loss is a very hard thing to deal with, especially in a family business where you look at each other every day and you all know that you’re all feeling this thing,” Lisa said.

“The thing that I learned from losing my sister was ‘it can’t get worse than that’. Your loss is huge, but you have to keep living for [them].”

Embracing change for the better

The greatest source of tension revolved around the job cards, which were solely kept on paper. This meant that jobs were failing to translate into invoices, and hence money was not coming in as it should. Ron agreed to step back from the accounting and administrative side of the business and hand it over to the next generation, allowing them to digitize the system and have some autonomy in their own contributions to the business.

This, in turn, would allow Ron more scope to be the face of the business, and to take some much-needed time to himself for the sake of his own health and wellbeing.

The other key change was a makeover of the store, to give it a fresh uncluttered look, but importantly to incorporate Jay’s favorite color, allowing him to continue to be a part of the business.

“I’m so proud of Ron. This has gone against everything in his nature since I’ve known him. So for him to let go of the reins [is] unbelievable,” Vikki said.

Ron admitted that the intensive journey had transformed not only his business, but his entire outlook on life and family.

“I think what happened is I had a vision for the family, and the kids particularly; when we lost Jay, I lost that vision. I think this has given me that vision back and I can go again,” he said.