Our Partners
NxtGen Nexus partners share one thing in common…a love and respect for family businesses.  They understand the problems and opportunities facing Family Business NxtGens whether they’re thinking about entering the business, trying to find their voice in the business, or driving the success of the business.

The Warren Group collects and compiles data on real estate sales and ownership throughout New England. We offer a range of real estate products, information services and printed and online publications, including the weekly newspaper Banker & Tradesman and monthly magazine The Commercial Record.

The Warren Group also produces and organizes trade shows and events for a variety of industries, including bankers, mortgage brokers, credit unions and lawyers. Based in Boston, the company was established in 1872 and is now in its fourth generation of family ownership and management.

Since joining D&H Group LLP in 1990 Michael has worked with families and their businesses on facilitating succession, income tax planning and mergers and acquisitions.

Michael is a Family Enterprise Advisor and has broad knowledge and experience in private enterprise tax and accounting, and specializes in real estate, technology and manufacturing/distribution businesses.

Daffnee Cohen is an entrepreneur, fitness instructor and crossfitter, writer, millennial and mentor. Social Forza, her digital marketing company, offers digital marketing services to all industries and niches with special expertise in healthcare. She started Social Forza a week before graduating from Stetson University in 2011. She also runs Daffnee’s Boutique, an online women’s retailer.

She currently writes for The Huffington Post and MindBodyGreen and has been published in The Orlando Sentinel, Elephant Journal and Xerox Business Blog. Daffnee has spent time speaking, being on panels and working with the entrepreneurship and sociology departments/programs at Stetson since graduating. She has had multiple interns from Stetson and currently employs a recent graduate. 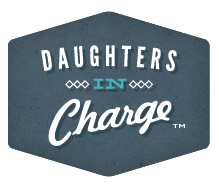 Dr. Amy Katz is President of Daughters in Charge, an online global platform focused on supporting women in family businesses.  Through coaching, blogs, an Ask Amy column, and podcasts, she helps women in all roles and all phases of their careers in their family’s business.  She has consulted to family businesses for over twenty years, and is the author of several articles in the organization development and family business fields, including a book, Learning to Lead in Your Family’s Business.

Amy is also a Senior Executive Coach and co-owner of an executive coaching firm, Baker & Daboll, LLC, and has over 30 years of coaching executives and professionals in a wide range of settings.

Renée is an organizational development practitioner and family business advisor with thirty years of strategic leadership experience and consulting with small, mid-range and large companies in a broad range of fields, including manufacturing, corporate real estate, hospitality, technology and insurance. Renée founded Strategic Designs for Learning (SDL) in 1999. SDL specializes in working with family owned businesses, their families and their governance boards. During her tenure as a family business practitioner as well as a family business owner, it has become clear to her that many, many family businesses have neither the time or financial resources to engage a family advisor, but they still have the need for information. This web platform is Renée’s way of making this kind of help available at a reasonable price.

Renée has advanced degrees in Behavioral Psychology, Policy Analysis and Pastoral Psychotherapy and is certified in the use of numerous assessments and instruments including the Caliper Profile™, HR Chally Instrument™, Myers-Briggs Type Indicator™, the Center for Creative Leadership’s Benchmarks™ Instrument and Corporate Development Group’s Culturetek™.

When Renée is not traveling around the country meeting with clients she really enjoys following Denver's local sports teams especially: the Colorado Rapids, the Denver Broncos and the Colorado Rockies. Renée, and her husband, Frank also enjoy making time for their dogs, Abby, a beautiful rescue poodle, and Lucius who is an amazing Whoodle puppy that keeps all three of them on their toes!

Prior to joining Wells Fargo, Ms. McVeigh was a partner in her own enterprise consulting and coaching practice. She is a Faculty Member of the Family Firm Institute and a seasoned university instructor who has designed curriculum. She is a certificate holder in Advanced Family Advising and Family Wealth Advising. Over the years, she has earned additional certifications in a number of personality and preference assessments that help her clients build their communication repertoire as well as implement succession planning and other strategies to strengthen their family platform. Ms. McVeigh has published articles, presented to international audiences, and conducted trainings for families and advisors on family dynamics.

Ms. McVeigh earned her Bachelors of Arts degree in Law and Society as well as Philosophy at Hood College, and a Master of Science in Business Ethics and Compliance at the New England College of Business and Finance. She resides in the Greater Boston area.

Meghan Juday is an enthusiastic champion for family business. Her dedication to the global family business community is rooted in her experience as the fourth generation leader and director of IDEAL Industries, now 101 years old. It was there, in her family’s business, that she developed a real heart for stewardship, and it is evidenced in her work with families as principal of the Family Business Strategy Group.

As the founder and principal of Family Business Strategy Group (FBSG), Meghan has developed a process for helping families define their vision, values and strategies to ensure continued stewardship of the family enterprise. FBSG constructs a framework, which is adapted for each family, that is used to build a family governance that supports strong stewardship of the business, leadership development, smooth transitions from one generation to the next and clear policies and processes that supports the family’s ability to act, not only as stewards of the business, but as stewards of family relationships.  Meghan was one of the first graduates of the Family Business Stewardship Institute at the LFBC. She also sits on the Finance Committee at the Germantown Cricket Club, a non-profit organization. Meghan has a BA from St. John’s College in Santa Fe, NM where she graduated in 1994 with a concentration in Mathematics and Philosophy.

Upon graduation from the University of Michigan he joined his family’s mechanical contracting firm where he spent almost 20 years. In addition, Rick became a Plumbing & HVAC industry leader as President of the Trade Association and Chair of the Plumbing & Heating Industry Fund of Metropolitan Detroit.

Tharawat Magazine inspires family businesses and entrepreneurs with story-telling and best practice through every step of their journey as they start, grow, and sustain their companies.

Ira Bryck is president of the Family Business Center of Pioneer Valley. Since 1994, the center has provided a practical learning community for family owned and closely held companies throughout Western Massachusetts. Several hundred owner/ managers have enjoyed the center’s dinner forums, roundtables, workshops and customized consults. Ira also writes an online advice column for family businesses, and has written and produced three plays about life in family business, that have been performed over 50 times internationally. His third play, A Tough Nut to Crack, is based on his 17 years in his family's 4th generation childrenswear business on Long Island, which he ran with his parents. Ira also hosts “The Western Mass Business Show” on WHMP, featuring interviews with business owners and expert advisors. He particularly enjoys meeting with business partners to improve their strategy and communication. As he was on his high school wrestling team, he is a pretty good referee/ mediator for family business disagreements, or even helping families that get along just great.

Paul Karofsky received his A.B. from Bowdoin College and attended graduate school at Connecticut College in the Department of Philosophy.  He joined his family’s wholesale distribution business, serving most of his career as president and chief executive.  After completing two successful acquisitions, Paul achieved certification in the OPM Program at Harvard Business School, strengthening his interest in organizational behavior, management development, and strategic planning.  He was trained in Kepner-Tregoe Decision Analysis and by Ichak Adizes.  He has served as president of his industry’s regional and international trade associations, and was a trustee of the National Association of Wholesale Distributors, prompting his biography in several editions of Who’s Who.

Having sold his business in 1988, Paul returned to graduate school and received his Ed.M. from Harvard University in 1990, concentrating his studies on communication and interpersonal relationships – with special interest in the psychosocial life of families and intergenerational communication.  In 1995, he was one of only a few non-lawyers to be trained at Harvard Law School’s Program of Instruction for Lawyers Mediation Workshop.

Paul served on the Governor’s Entrepreneurial Advisory Committee and the partnership sub-committee for the Commonwealth of Massachusetts Department of Education.  He is a trustee for life of HebrewSeniorLife and a member of the Board of Advisors of the Psychoanalytic Couple and Family Institute of New England.  Paul is a member of YPO where he was named an outstanding faculty resource.  He is a Founding Fellow of the Business Families Foundation of Montreal.  Paul is also a former member of the Board of Directors of the Family Firm Institute, where he holds a certificate in Family Business Advising with Fellow Status and is a member of the Global Education Network faculty.  In 1998, he received the Institute’s Barbara Hollander Award for outstanding contributions to the field of family business practice.  In 2007 and 2008, he was recognized by Northeastern University and the New England Chapter of the Family Firm Institute when a Family Business of the Year award was presented in his honor.

Married for fifty-one years, the father of two, and grandfather of four, Paul is Executive Director Emeritus of Northeastern University’s Center for Family Business, which he was instrumental in launching.  He facilitated its Leadership Development Forum which was endowed and named in his honor.  He is a past columnist for Family Office Review and BusinessWeek Online and former case study editor of Nation’s Business and Families in Business.  He has been interview editor of Family Business Review, and a peer reviewer for Harvard University Press.  Paul is co-author with his son, David, of So You’re in the Family Business: A Guide to Sustainability.