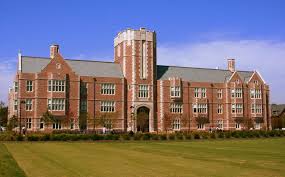 (by Kurt Greenbaum for The Source)

The St. Louis-based Koch family has agreed to contribute $12 million to establish the Koch Center for Family Business at Washington University in St. Louis’ Olin Business School and to endow two distinguished professorships: one affiliated with the center at Olin, and the other at the School of Law.

The family — Paul A. (BSBA ’61, JD ’64, MBA ’68) and his wife, Elke; Roger L. (BSBA ’64, MBA ’66) and his wife, Fran — provided the gift to raise awareness about the complexities of family businesses and engage students in understanding the career opportunities available in such enterprises.

“The Kochs have been passionate about seeing a greater focus on family businesses here at Olin for many years,” said Chancellor Mark S. Wrighton, as he announced the gift Feb. 20 at the third annual Olin Family Business Symposium at Emerson Auditorium in Knight Hall. The family provided support to initiate Olin’s family business program in 2016 with the goal of building momentum and a foundation on which to eventually build a fully integrated research center. “I am delighted to stand before you today to celebrate this new strategic initiative in family business education, research and outreach, and I want to extend my deep appreciation to the Kochs for their foresight and exceptional generosity, which is making all of this possible.”

Roger Koch added, “In making this gift, we hope to bring greater attention to these issues and to encourage rigorous research that will help in the formation, growth and sustainability of family businesses.”

Both Roger and Paul were recognized in 2012 with distinguished alumni awards from Olin Business School, and they have been advisers to, and generous benefactors of, the university for many years.

Paul and Roger Koch are co-chairmen of the board and the third generation to lead Koch Development Co., a St. Louis-based developer and manager of commercial real estate and owner/operator of select entertainment attractions, such as SkyWheels in Myrtle Beach, S.C., and underway in Panama City Beach, Fla.; Newport, Kentucky (outside of Cincinnati); and Virginia Beach, Va. They noted how frequently family businesses fail to survive past the third generation of family ownership — a phenomenon Paul Koch said was “a waste of resources.”

“It was clear from the moment I arrived in St. Louis that family business is integral to the community,” said Mark Taylor, dean of Olin Business School. “Some of the very first people I met — even before I became dean — were Roger, Fran, Paul and Elke Koch. They have been extremely instrumental in thinking about how we can move forward scholarship in family business.”

Taylor noted that family businesses are a substantial driver of the global economy, responsible for nearly 80 percent of new job creation. Family businesses contribute more than $68 trillion to global GDP and drive 64 percent of the U.S. economy.

With the announcement, Olin will launch a search for the Koch Distinguished Professor in Family Business, who will lead the new family business center, contributing to a curriculum for students and research in the field.

The center “will have a strong practical application and will also have a very, very strong research side,” Taylor said. “The Kochs were keen in their discussions that we should have a strong research leader and also that the center should serve the business community by providing training, resources and programs to foster best practices for family businesses.”

The Kochs’ $12 million gift also creates a distinguished professorship at the School of Law, where Paul is an alumnus and has been named a 2018 Distinguished Alumni Award recipient.

Wrighton noted that the Kochs will be “providing additional expendable gifts, which will help with the ongoing growth and development of the Family Business Center and the endowed professor who will lead that center.”