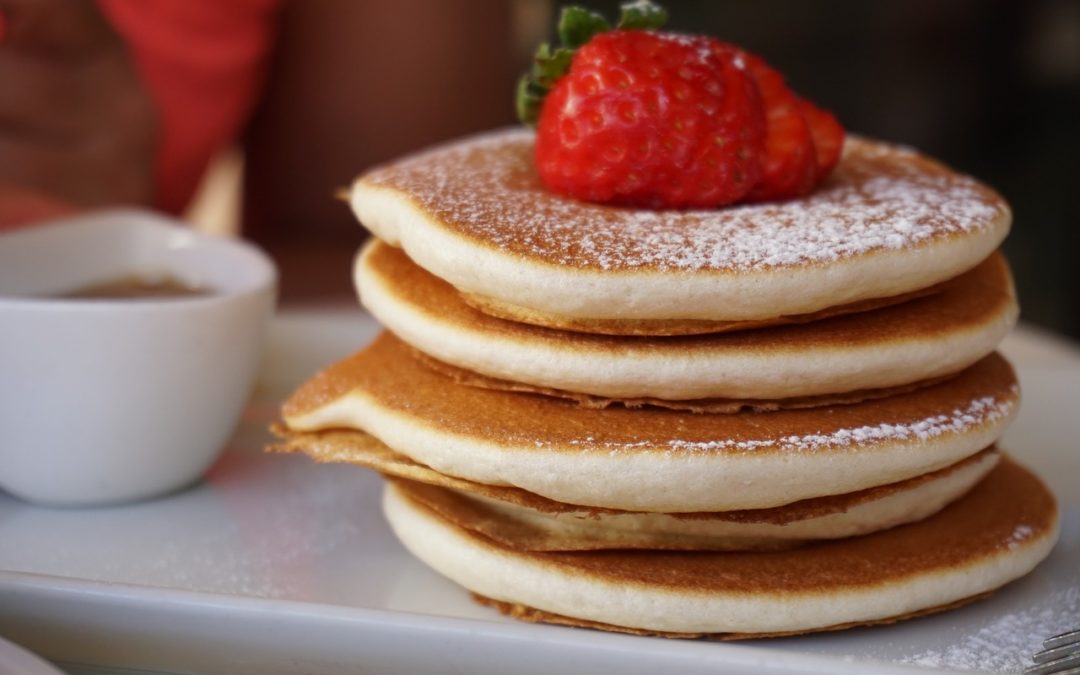 (As originally appeared in the Ormie King column of AuburnPub.com)

Today’s writer is Ed Catto, son of Cassie and Bill Catto, and marketing strategist for New Hope Mills. Ed is also a well-known cartoonist, as well as a very good writer. Thanks, Ed!

Tucked into the northwest corner of Auburn [New York], comfortably between Casey Park and the steel mill, you’ll find one of the city’s most historical, and tastiest, companies. The Weed family runs New Hope Mills, and it’s a lot of different things to different people. It’s a manufacturing plant, an old-fashioned general store and a cafe that serves oversized portions. For three generations, the Weed family has been helping families make breakfast and make breakfast memories. You’ve probably seen their pancake and waffle mixes on the local grocery shelves at Wegmans or Tops. And you may have enjoyed their pancakes served at longtime local diners, like Pavlo’s, or newer establishments, like Bailiwick.

All in the family

The business has been an integral part of this family for a long time. On any given day, a visitor to their cafe will probably cross paths with several family members.

Doug Weed is a husband and father who just happens to be the third generation CEO of this family business. He loves what he does and approaches the responsibility of leading the company with an enthusiastic energy that’s usually reserved for start-ups.

Dawn is the kid sister. As a child years ago, she worked in the original 1823 gristmill and was paid in candy bars. Now a young mother of three, Dawn presents a friendly smile on the outside that only hints at her deep, focused passion for the company’s success.

Brother Duane is a renaissance man. He understands the business from A to Z; or in this case, from the factory floor to the computer network. He is a local guy who just loves central New York.

Mom is Jan Weed, and she’s been working onsite three days a week for quite some time. She loves to lend a hand in the labeling department and especially in the company store.

One recent morning, a group of second generation relatives stopped by for breakfast. They talked about the old days when they all worked, and played, in the original flour mill growing up. As the laughing began, the family shared colorful stories. One cousin talked about how, as a young boy, he fell down a flour chute. Another cousin explained how New Hope Mills used one of grandfather’s military silk parachutes to sift the flour.

Deep in the Weeds

In 1947, the Weed brothers, Leland and Howard, together with Howard’s father-in-law, purchased the original mill, located nearby Skaneateles Lake. The idea was that the two young men would provide the sweat equity and the father-in-law would provide the startup capital. There was a need for plucky bootstrapping even back then. For example, local scrapyard dealers remember how the Weed brothers would buy automobile engines and then modify them to factory use.

New Hope Mills has always been a family business, and there were several families before the Weeds. The flour mill was actually built by Judge Charles Kellogg, predating part of the famous Kellogg Cereal family line. Kellogg was a politician who was elected to the state Assembly and U.S. Congress. The mill was then sold to the Round family, who did eventually sell it to the Weed Family.

The business has always been called New Hope. But it could have turned out differently. The mill had been built in a town called Sodom. Upon completion, as the story goes, one local climbed atop the mill’s five-sided ridge-poll, discarded a bottle of whiskey, and re-christened the town, and the mill, New Hope!

Today, the Weed family works hard to make great products and provide great service. There’s a strong sense of community and family in everything they do. They all value the hard work and the entrepreneurial spirit that got them to this point.

There are more family members that are part of it all. Occasionally, Dale Weed, the father, stops in for a friendly visit. He owned the business for years before selling it to the next generation. He’s a likable guy with a palpable pride for the family business and the way his kids are running it. But he also has a wisdom that helps him maintain his “hands off” policy. But that doesn’t keep him from occasionally rolling up his sleeves and working on the line in a pinch. Most times, Dale just stops by the York Street location to offer a little good-natured encouragement to his family, but mostly for a tasty meal.

New Hope Mills Store & Café is open 7 a.m. to 4 p.m. Monday–Saturday. The café menu has a variety of offerings, from their famous pancakes, to sausage and gravy over biscuits, bacon and eggs, turkey sourdough sandwich, fresh organic salad, tacos and bacon infused oatmeal, as well as espresso, lattes, iced coffee, chai tea latte and fresh fruit smoothies! You won’t be disappointed! The complete menu can be found on their Facebook page.

Ormie King’s column appears Sundays in The Auburn Citizen and he can be reached by email at ormie5king@gmail.com.