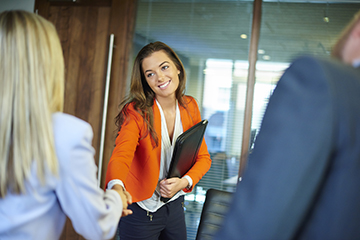 Hiring new, young talent just out of college is challenging some established practices of management and changing today’s corporate culture. With the shift of the younger employment force from Generation X to Generation Y (also known as “Millennial”) companies are finding that there are different attitudes and work habits that need to be incorporated into the existing culture. With companies now having different generational mentalities and priorities, the corporate melting pot has new challenges ahead. (More)

New college graduates are entering the workforce, having never known a world without computers, cell phones, email, or instant messaging. They have been brought up in a fast-paced, instant world that is always moving and changing. “Their parents valued their opinions from the time they were toddlers and gave them choices, rather than making decisions for them” (Cunningham).These younger employees are looking for innovating ways to complete tasks that may go against the grain of the older workforce. With the “Baby Boomers” (born 1946-1964) reaching their retirement age, and some older horses in the “Silent Generation” (born 1925-1945) still hard at work, many are staying on the job longer than ever.

“For the first time in American history, four generations are working side-by-side in the workplace” (Rorhorn). With differing age groups and perspectives, human resource managers are faced with a wide range of challenges and “over the next five years, approximately 10 million of them (Millennials) will join the American work force” (Cunningham), with “close to 80 million Millennials eventually hitting the job market” (Solomon)

Newer, younger employees are less committed to staying with the same company, whether they have a loyalty problem, see better opportunities elsewhere, or just get bored with their jobs. Jo Ann Binzen, human resource manager said that the younger generations are “being lured away. They don’t have that loyalty. They might be offered more money and even if they like working here, it doesn’t stop them from leaving” (Rorhorn). Current trends indicate that the “majority of twenty-something’s job-hop every 18 months – a phenomenon often blamed on restlessness” (Solomon).

One of the other major reasons that young employees jump jobs is that they have large student loans to pay off. Carolyn Ockels says, “because there’s this carrot of another $500 or $200 a month, and they think, man, I’ve got these loans to pay off”(Solomon). In a recent survey by Kendall Tarranet Worldwide, “Generation Y graduates are likely to be more loyal to their lifestyle than their job, further emphasizing the need for employers to adopt a more flexible approach to recruitment and retention” (Anonymous).

“Human resource professionals said young employees also expect to move up the ladder quickly, which causes some friction when they are not shy about telling a boss they want his or her job. That’s a difficult attitude to accept for older employees who grew up valuing seniority” (Rorhorn).

There are obvious problems from a few hard charging youth who supplant the longer tenured employees, and one challenge is that the older employees have deeply rooted social and corporate norms they do not want change. Another problem is that if young employees have not had the time to learn management skills, they may rise up to a management position without having any experience, Jonathan Fitchew states, “one of the dangers of the ‘leapfrogging’ phenomenon is that managers never actually get the chance to observe management practice; good or bad” (Fitchew). Because Millennials have high expectations of their jobs and advancement, it is important for management to set realistic goals;

The Kendall Tarrant survey noted, “Faced with employees who want everything, and want it now, employers need to be wary of overselling at the graduate entry point. They need to be clear that a tough apprenticeship is to be expected, but should demonstrate that people accepting this are rewarded and promoted” (Anonymous).

Generation Y has deferring attitudes towards work, and it doesn’t mesh with the traditional, nor the “9 to 5” schedule. Generation Y does not place “much emphasis on how and when the work gets done, just that it gets done” (Rorhorn). “Some younger workers believe they work more effectively and efficiently from 9 p.m. to 3 a.m., which begs the question, ‘is it really about face time or getting the work done?’ said Brown from Rockwell Collins”(Rorhorn). The new generation grew up with technology and have an ingrained knowledge that things can be done faster, “Toby Lawrence, 43, partner at Clifton Gunderson, said he’s in awe at the younger generation’s technological adeptness” (Rorhorn). Some managers have allows younger sales forces to use some of the technology they love on the job, such as “to iPods at work, he agreed, under the condition that sales remain strong. Whatever results in more efficiency, goes” (Solomon).

Rachel Solomon sums up Millennials as “youngsters pegged as the most self-entitled, irresponsible and immature workers to date” (Solomon), older generations that are in management need new skills to handle the issue. With the differences in the generational groups, managers from any group need to understand that the Millennials will continue to enter the job force, and it is the managers’ responsibility to train them and encourage the growth. Sharon Cunningham notes that the “Boomers” are partly to blame for the management differences, “their (Gen. Y) baby-boomer managers seem set in their ways, discourage their input and spend little time coaching them” (Cunningham). On the whole, Millennials were brought up with parents that “them choices, rather than making decisions for them” (Cunningham), thus Millennials crave choice, feedback, and options; “Gen Y employees crave mentoring and want their managers to be engaged with them” (Cunningham). It is also suggested that Millennials need feedback and training to be “on-going, not just a one-time event” (Cunningham). When looking to combine and integrate your workforce, Toby Lawrence said, “The key is realizing we can learn from each other because there are differences in how we were raised and how we grew up.” (Rorhlm).

While the times and your company’s employees are changing, it is important that not only the younger employees need to be understood, but also the more senior employees need help understanding and embracing the change. It is important to consider how your company will embrace, manage, promote, and retain, these new, highly technical workers because Millennials are not going away, they will only grow in the work force.