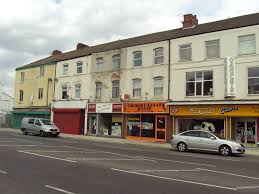 (by Stephen Jones writing for the U.K.’s Management Today)

The company started life in Grimsby in 1946 as a small retail business under Sean’s grandfather. His father expanded into a wholesale business during the 1960s. Sean joined fresh from university in 1995 and despite having next to no business experience, oversaw fifteen consecutive years of an average of 26% growth (pretty impressive if we do say).

The company now turns over £50 million, employs nearly 100 people and exports to 133 different markets around the world.

But with the storm clouds of Brexit hovering over the horizon coupled with increased market competition and increasingly stricter regulations, how is he preparing for the future?

Overall the aggregate level of difficulty is probably increasing. Food is a very regulated product when it is imported into a country. So what we are seeing is more onerous compliance issues that are more rigorously and sometimes unevenly enforced.

But that is one of the ways that we create value – we have a big compliance team, we have an international logistics team. We have a massive customer service team which speaks around 14 different languages. Then we have in market sales presence as well. All of that exists to help smooth the friction of international trade.

WHY HAS RAMSDEN INTERNATIONAL BEEN SO SUCCESSFUL?

I think we grew quite rapidly because we pioneered what at the time was a new model for business. The traditional model is that the manufacturer appointed an importer within the country and that importer brought exclusively held stock in the country and then sold to retailers within that country.

What we did is developed a different model of export, which was going directly to retailers overseas offering that international supply service of a consolidated range of British grocery products. Nobody was really doing that at the time, and yet there was a niche opportunity to do that.

THERE’S A LOT OF DOOM AND GLOOM SURROUNDING BREXIT AND THE UNCERTAINTY IT WILL BRING. ARE YOU WORRIED?

I personally thought that there were strong arguments for both sides of the referendum campaign, but it was a terrible debate, terrible for the culture of the country because it was far too polarised.

As far as Brexit is concerned, we are cautiously optimistic about the opportunities. We certainly benefit significantly from a weakened sterling – food is relatively price-sensitive and therefore food export is very exchange rate sensitive. I think we’re in a fortunate position of being overwhelmingly non-EU facing anyway, so obviously only a relatively small part of our business (25%) is directly affected by Brexit.

If you look at where the anticipated consumer growth for imported food is coming from, it’s not from Europe, it’s coming from India, Africa, China and Latin America. I think that Brexit should allow the government and exporters generally to cast their horizon beyond the European market, towards these markets that are growing at a far faster rate. I might say something different if I were in a different industry, but certainly from our business perspective we are quietly optimistic.

RAMSDEN INTERNATIONAL CURRENTLY EXPORTS TO 133 DIFFERENT MARKETS, BUT ARE THERE ANY YOU HAVEN’T CRACKED?

There aren’t many that we’re not in. We had a questionnaire that asked us what new markets we’ve broken into in over the last year and they were pretty obscure places. We’re in all the major ones, but within them there are still more opportunities to grow. It’s no longer about growing to 140/150 markets, it’s more about growing within the markets that we’re already exporting to.

WHAT’S GRIMSBY LIKE AS A PLACE TO DO BUSINESS?

Developing a great culture is really important. So partly this is about really making ourselves the very best place to work in the region It’s also about creating a company that is just a great place to work.

We spent a very large sum of money (£750,000) on making our offices the highest quality in Grimsby. Everybody has these electronic adjustable desks, the kind of thing that you would normally expect from a tech company. But we also do a lot of philanthropic activity in the local region, we’ve given maybe £30-40,000 to local charities and good causes, all nominated by the employees.

BRITAIN IS CERTAINLY NOT RENOWNED FOR ITS FOOD. HOW IS BRAND BRITAIN PERCEIVED ABROAD?

It’s very interesting actually, if you went back 20 years or more, British food was seen as a bit of a joke but I think that has changed a lot.

The change has been for a number of reasons. I think many foreigners have lived in the UK, and they have perhaps realized that it is not as bad as they might think. In terms of popular culture, you have a lot of the TV celebrity chefs that have put UK food back on the map and things like the Royal Family and the Olympics, you know all help in a subtle way with the overseas perception of British food, particularly in markets like Africa and Asia.

WHAT ARE YOUR PLANS FOR THE FUTURE?

The second is an issue of technical compliance. So we’ve got the different languages integrated into the packaging, it’s technically complaint in terms of the ingredients and it comes with all of the documentation that often needs to accompany products. We very much see this as a long-term thing.