Lost In Space: The Robinson Family Takes Another Spin Around the Universe 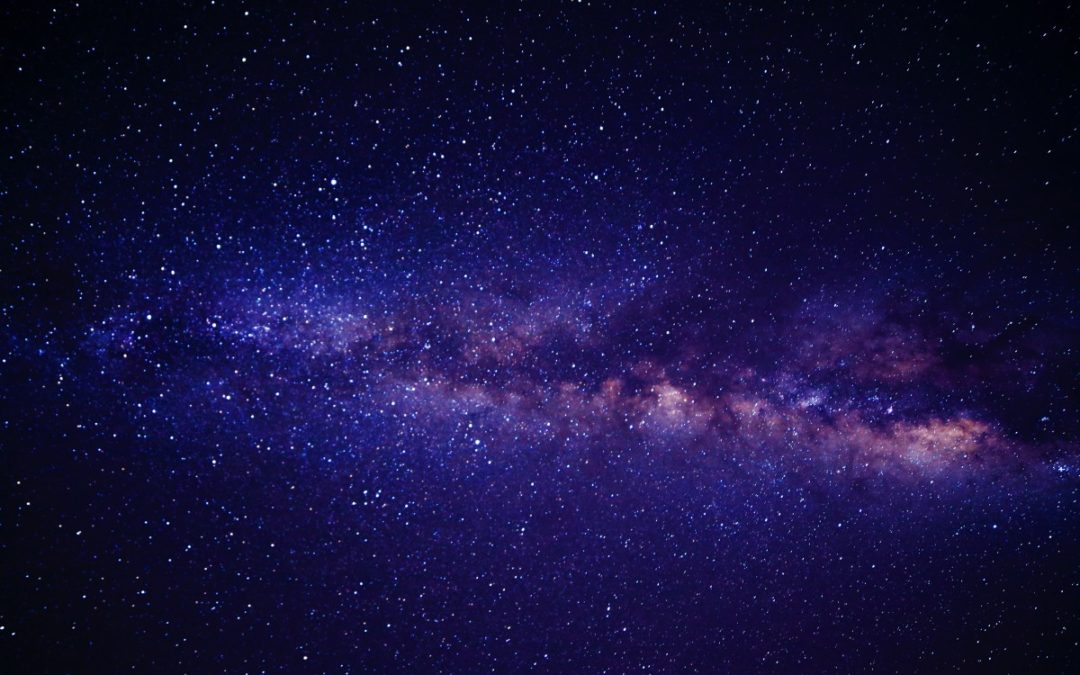 (Chris Longo interviews the stars of the new Netflix Series for Den of Geek!)

It takes a tremendous amount of restraint to not abandon your crew when visiting the set of Netflix’s Lost in Space. The Jupiter 2 is a stunning centerpiece, but beyond the iconic ship lies foreign worlds of ice and greenery, with dare I say “alien” features we could only speculate about. The full picture is never quite in view for a show that can only use practical sets up until the point where green screen is required.

It’s underneath a wall of green screen our group of journalists is introduced to the parental unit of the Jupiter 2, John and Maureen Robinson, played by Toby Stephens and Molly Parker, respectively. In awe of the cockpit, space vehicles, and highly secretive renderings of the Robot, the questions of what it’s like to play an astronaut are top of mind. Looking to the green screen so large it could double as an IMAX screen, Parker tells the gathered press it “takes a tremendous amount of imagination,” to which Stephens adds, it’s something “you have to get used to.”

Stephens, who was used to green screen work from his four seasons on Black Sails, was able to coach Parker and their young clan through some of these trickier scenes to shoot. The new Lost in Space is a non-stop adventure that puts the Robinsons in constant danger. Each family member has to rise to the occasion when called on. Yet onscreen, perhaps the toughest material of all is having to navigate the strained relationship between John and Maureen, and their kids, Judy, Penny, and Will.

Netflix’s adaptation, while true to the basic premise of Irwin Allen’s original series, which aired from 1965-1968, is a modern update from its stunning CGI to its reflection of the contemporary family unit. In our roundtable interview on the set of Lost in Space, Stephens and Parker discuss the details of their mission aboard Jupiter 2.

Molly Parker: When they first spoke to me about it and I read the scripts, it was clear the scope of the show was massive. That it wasn’t just a sci-fi show, but it was this huge adventure. For me, the thing that I always relate to are the characters and the relationships. Because it’s a family show, and it’s for everybody, it appealed to me. It’s about this family and their relationships that happen to be in space. I was focused on that, and then I got here and it was astonishing what they had built. They started months before, and the spaceship… it’s huge.

Can you talk about your characters and what drew you to the show?

Toby Stephens: I watched the show years and years ago. I deliberately didn’t re-watch it, because I remember it being very much of the time. Lost in Space was from Swiss Family Robinson, so it was one step removed from that, and this is another step removed from that. But essentially, the ingredients are the same. There is this family that is way out of its comfort zone, and there’s this ironic tension between them being in space, but at the same time, being rooted in this domestic truth. To link it to the original question of why I was interested in it, it’s about a modern family with all the modern problems that families have. So it’s the same kind of deal, it’s just been updated. It’s got the humor of that ironic tension that I was talking about, but it’s also got depth and some kind of feels in it, because it’s about a real family and real people.

Being a parent and a husband, I identified with the story of their marriage and their relationships with their kids, which is not always a bed of roses. The fact that they’re in space, yes, that’s dangerous and terrifying, but in a way, their biggest challenge is trying to make their own relationships work.

Can you speak a little bit to your characters’ relationship, specifically in the beginning? We heard you guys aren’t living together in the beginning, so I want to see how the family dynamic is, how it changes, and how it relates to what modern families go through.

Molly Parker: When we first meet the Robinsons, they’ve been on their way from Earth to this new colony, Alpha Centauri. Something has happened, and we meet them in a moment where it seems like they’re having just a bit of family fun, and then when you pull back, you realize they’re about to crash on this planet. So we don’t actually come to learn about all the dynamics. They’re sort of revealed slowly in the story. But Maureen and John are separated and have been and made a choice to bring their family to the colony to try to have a better life.

Toby Stephens: Why are they together if they’re separated? What grounds it is the fact that if you don’t take me with you, I will never see my family again. So there’s that reason for him being there.

Molly Parker: But they’re also co-parents, you know. As many people are these days. All of our families come in all different…

Molly Parker: I had never watched the original show, and I actually did start watching it with my son. I have a 10-year-old. And I thought it might not be my thing. But I actually loved the show, and it’s really fun to watch it with a kid. It’s given me a lot of appreciation for just how willing people are to just go with — here’s this environment, and this is what it looks like. So I feel like there’s a lot of space for us to play in this one. They really have tried to update it and make it relevant to people’s lives today.

Then this robot turns up with his son, and he’s protecting the son, who is, by nature, quite delicate and kind of fragile. The robot has this patriarchal and protective relationship that really, John should have with Will. As the series goes on, it’s quite interesting because it’s a sort of a paternal threat to him. That dynamic, which is quite fun and interesting, gives it a bit of texture.

In this future, have you guys discovered aliens or futuristic creatures and other races, or is this robot one of the first things you’re encountering?

Molly Parker: This planet that we’ve landed on they call a Goldilocks planet, which means it has many of the qualities of Earth. So there’s all kind of things that we encounter, beings and things that at first seem familiar, and perhaps a place livable, and then become more threatening.

What are each of your characters responsible for on the ship, and what about your kids?

Molly Parker: Maureen’s an aerospace engineer, and she is one of the people who designed these ships, so she knows everything about it. She’s sort of this fiercely intelligent scientist. Because of that, I am the one who gets most of the technical blah-blah.

Molly Parker: What’s really cool is that when you’re working — at a certain point, I am fixing the ship. Just mechanically. So we had a scene where I’m in the engine room and the production designer and the props department had a bunch of parts of an actual engine from a rocket that they’d gotten from JPL. There’s sort of elements that we try to put in to base it in reality. One of the things that I really like about the design is that it sort of walks this line of something really familiar and also brand new.

What is the deal with all the special effects? Is this something that you like to do as actors, the green screen work?

Toby Stephens: It’s weird. I’ve done quite a bit. It’s something that you have to get used to doing.

Molly Parker: It takes a tremendous amount of imagination.

Toby Stephens: And then also letting that go, in a way. There’s a tendency, I think, when something’s not there, you want to create it more vividly than it actually needs to be. You almost overact its presence, rather than actually just going, “Right, I kind of have an idea in my mind what this is. How would I naturally do this? If an alien was coming at me. How would I react to that?” But you know what I mean, there’s a tendency to kind of like, “ahhhh,” and you have to find a way of dialing it into something.

Molly Parker: I’ve learned a lot from Toby because I haven’t done very much of it. I’ve had this experience a number of times on this show when we go to shoot something, and a lot of what we’re supposedly seeing will be put in with the visual special effects after the fact. So you think you know what it is and you’ve read it, and then they’ll show you their design and their mock-up of the thing that you’re looking at, and it’s really the scale that knocks me out. You think you’re looking at this thing here, but actually it’s here. That is something that, every time it happens, I remember that we are making something huge.

Toby Stephens: I remember when I was kid in the late ‘70s, early ‘80s, there were these books you could get. These amazing pictures of imaginings of space, like planets. Space stations, huge great big vehicles that have crash-landed into a planet in the desert, something like that. When they showed me the pictures for this, I kind of go, oh, that reminds me. I think it needs that now. It does need that operatic scale so that it can go into this domestic situation as well. It makes it seem so fragile.