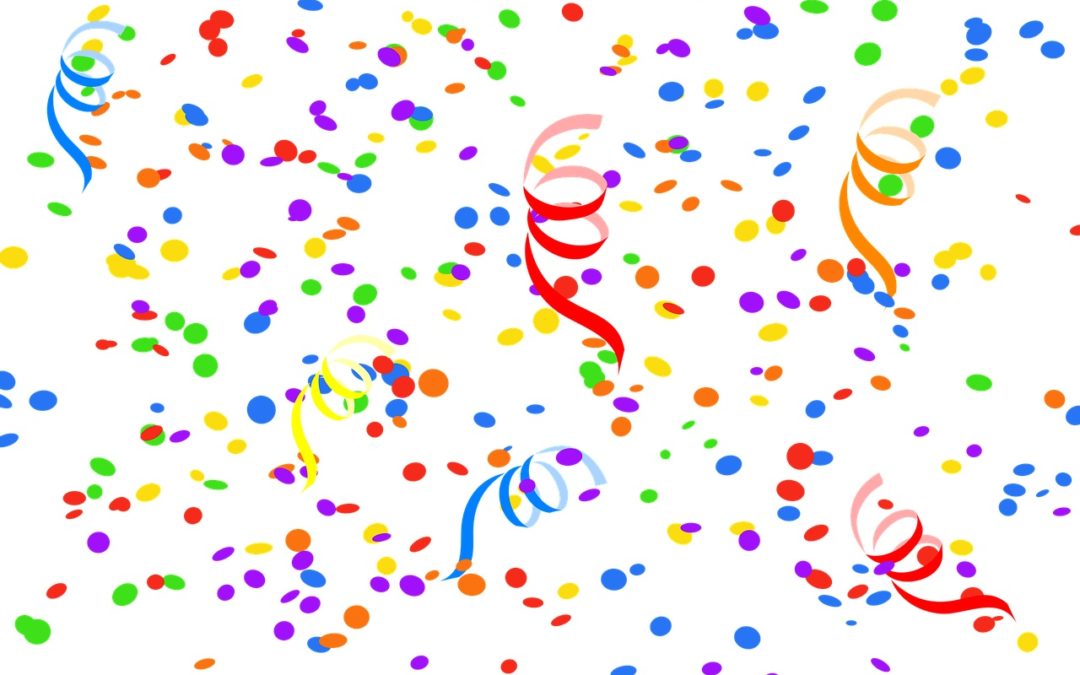 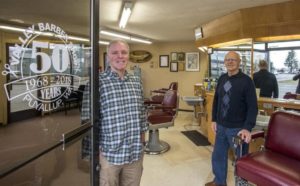 Photo courtesy of The News Tribune

When it comes to businesses, much has changed in downtown Puyallup.

But one barber shop has prided itself on staying the same.

Valley Barber Shop turns 50 this year, operating out of the same location at 119 E Main Ave. Its owners celebrated with a 50th anniversary sign on its front doors.

“It’s always just been here as long as I can remember,” said Kenny Cockle, owner of the shop.

Valley Barber Shop was originally opened by Kenny’s father, Ken Cockle Sr., in October 1968. He always knew he wanted to be a barber, he said. Growing up in Molson, Washington near the Canadian border, he learned how to cut hair as a teenager.

“I knew I wanted to be a barber when I was 13 years old,” said Ken Sr., now 75 years old. “I had eight brothers who were raised on a farm and I started cutting their hair at 13 years old.”

After graduation in 1960, Ken Sr. attended barber school in Tacoma. In 1962, he moved to Puyallup and found a job there.

When the opportunity rose to own his own barber shop, he took it. At the time, Valley Barber Shop was owned by barber Alvin Peterson and located off of 2nd Street and Stewart Avenue.

A business next to Valley Barber Shop planned to expand, so Ken Sr. had to find another building.

“The guys were saying, you aren’t going to make it; you have to be on Meridian to make a living,” Ken Sr. said. “But this is the greatest thing in the world.”

The shop would continue to operate out of the building off East Main for the next 50 years. The family owned the Mirror Barber Shop at 111 W. Meeker in Puyallup for about 10 years before selling it.

Now, Ken Sr. has six children, 11 grandkids and five great-grandkids. Some of them have even worked out of the shop, including Ken Sr.’s son, Rod, who worked there for about 12 years. His grandsons, Alex and Brennan, have also worked there.

His son, Kenny Cockle, took over ownership of Valley Barber Shop. Before that, Kenny worked at Edgewood Barber Shop for six years and trained in the barber program at Bates Technical College in Tacoma.

Kenny, now 56, said he enjoys seeing everyone in Puyallup and being downtown. Kenny and his father live in Puyallup.

“There are guys that say they came to Puyallup in ‘72 and have been coming here ever since,” added Ken Sr.

Inside the barber shop, almost everything has stayed the same, Kenny said. There are still three chairs for customers, with an extra station in the back that was mostly used for razor cutting. One haircut is $13, or $12 for seniors and kids.

But it’s only Kenny cutting hair. Looking forward, he hopes to hire some new barbers to help him out and repaint a bit of the shop. But mostly, it’ll keep its charm, he said.

It’s possible he can keep the shop in the family in the future, added Kenny, who has two kids and two grandchildren.

“I want to stay as healthy as I can for as long as I can and just keep doing this,” Kenny said. “Keep it going.”