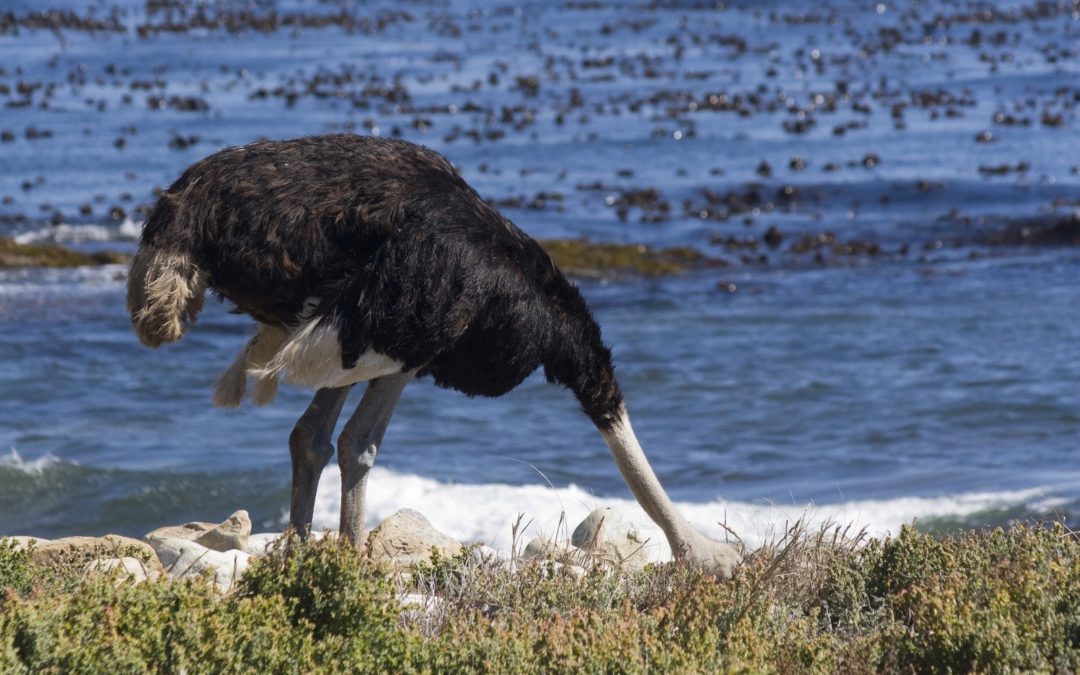 My father tells the WW 2 story of a bunkmate who would each morning wake up and kick the stove in the middle of the barracks, then curse and hop around in pain. When asked why he partook in this unproductive ritual, he would explain that his father always kicked the stove – a family tradition. His father’s motive is lost in time.

In wondering why it is so difficult to teach Old Dogs New Tricks, this stove-kicking behavior indicates that old tricks are taking up too much brain-space. Though we think of instinctual behavior as characteristic of lower creatures, human-kind seems stuck in, and often content with, an unsatisfying status quo in the name of tradition and culture.

Family business is often thought to have a competitive advantage because of the inside track in shared visions and beliefs. But are those values developed consciously and deliberately, or are they inherited assumptions and misconceptions that might be outdated in the present day marketplace, or not serve the needs of current family members, both as employees and humans who ought to be striving to “Be All That They Can Be”?

An adept business owner looks for important personal qualities in their workers, aside from the ability to perform tasks. An organization is made of humans, who by definition can never be the perfect, well-oiled machine. But certainly what gunks the corporate engine is the baggage of inappropriate attitudes and agendas; and in a family business, expectations of entitlement that might be acceptable (or at least expected) in family relationships, impose an expensive and detrimental burden on the company.

Today’s business climate recognizes lifestyle requirements more than ever. Craving balance between work and outside realities, American workers are enjoying perks including flex-time, job sharing, casual days, telecommuting, and educational subsidies. While these are leaps towards a healthier workplace, this increasing nonchalance might ironically have a negative impact on business owning families who are often struggling to professionalize their involvement in the business, to lessen the confusion and overlap of business and family roles.

I cannot overstate the insight, proactivity, and gutsiness required of family members in business to reflect upon and evaluate the various ways in which they need to straighten up and fly right. The results of this process might strain a family that has been avoiding conflict, but harboring resentment; at relatives who’ve not been carrying their weight; who’ve been stuck in family power struggles irrelevant and unproductive in the business; who’ve been accepting “greater among equals” status; who’ve been postponing important discussions and decisions, hoping to not rock the boat.

Re-evaluating even deeply rooted beliefs, or just doing some fact checking on yourself, is threatening, but required. The point I am making here is that there is a shaky foundation for updated and upgraded thinking if you have not prepared the ground by questioning and deleting faulty ideas and concepts.

Educators looking at how people learn confirm this notion. Children develop theories at a much earlier age than previously thought. Teachers cannot effectively impart information to students without exploring how and what they are thinking. In one example, a seemingly bright boy about ten years old attempted to explain why cats see better than humans in a dark room. He was confounded, until the teacher realized the boy had a misconception – that vision is a function of light emanating from within the eye. The teacher was able to correct this misunderstanding and explain that light bounces off an object into the eye – no light comes shooting out from the eye. If the child’s faulty thinking was not discovered, new information would have no place to fit in his mind. And that’s just optics! So simple compared to family business!

I urge family business members to develop the skill and bravery of unlearning past patterns. In the name of tradition (see Kicking The Stove story, above) many are slow to accept change. Learning often begins by unlearning, by questioning what you believe to be true. The bennies ascribed to family businesses (increased trust, greater than average commitment, sweat equity) will not happen without this investment and risk-taking.