J.A. Henckels Cutlery: A Sharp Cut Above the Rest 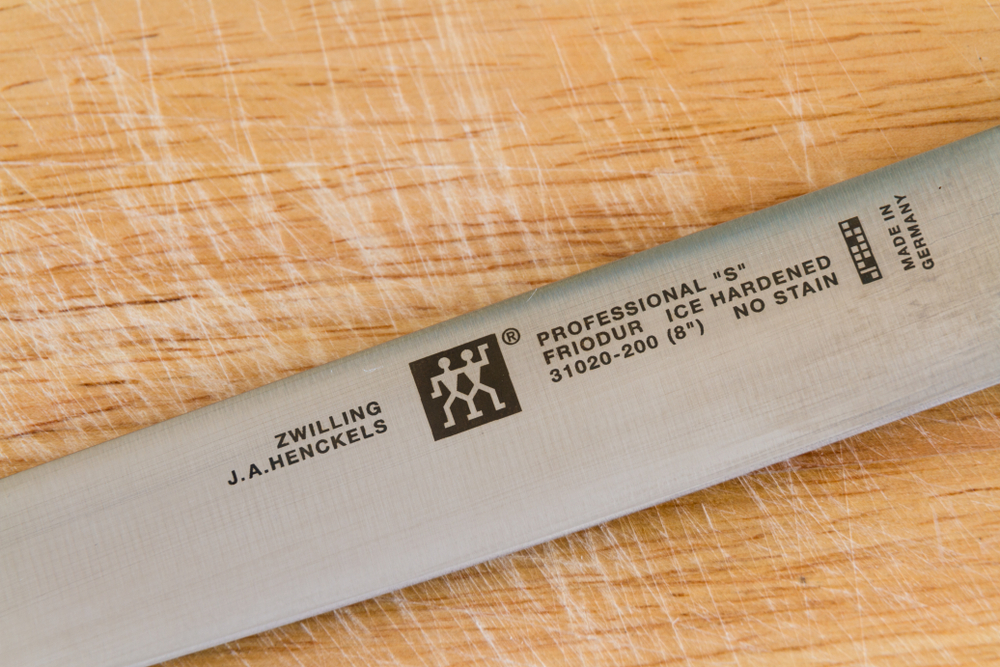 When you’re using your best kitchen knives, you probably barely pay attention to your favorite brand’s history. Unless you’re a chef or a kitchen enthusiast, cutlery brands are often overlooked by whoever’s on kitchen duty. If it can cut through all it needs to cut through, then that’s good enough for some.

However, you may be interested to learn that one of the oldest brands of cutlery and chef’s knives goes a long, long way back and eventually became a family business. J.A. Henckels’ knives and cutleries are some of the best out there and their company’s recognitions can prove that. It’s a wonder to think that the quality it has now has been preserved since it was launched centuries ago.

Who would have thought that what started as a small knife-making business would bloom into a world-class cutlery company almost three centuries later? It came up with ingenious tools like the  “Küchenhilfe“ which literally translates to Kitchen-helper. Since its conception in the early 1700s, Zwilling J.A. Henckels have stayed committed to their promise of being a cut above the rest in the knife-making industry.

On June 13, 1731, Peter Henckels, a German knife-maker, registered the name Zwilling (German for “twin”) with the Cutlers’ Guild of Solingen, together with its logo. This makes Zwilling one of the oldest trademarks in the world. When Peter’s son Johann Abraham Henckels was born some 40 years later in 1771, the heir to the Zwilling fortune would rename the company after himself when he assumes leadership.

When J.A. Henckels took over and renamed his family’s knife company, he first opened a trading outlet in Berlin in 1818. A few years later, a shop was opened in New York City in 1883 and followed by another shop in Vienna a year later.

In the year 1909, Henckels set up its first subsidiary in the United States. Other countries soon followed such as Canada, Denmark, Switzerland, Japan, France, and China.

Zwilling recognized the value of exhibiting in international exhibits in order to gain global recognition including the following:

Even more, and perhaps a tad pretentious, Henckels was given a Royal warrant of appointment as purveyors of knives to the Imperial and Royal Court of Austria-Hungary.

While the knife company may be almost 300 years old, they have still kept their legacy as one of the best in the culinary world. They are trusted by thousands of chefs, butchers, and professionals. Rightly so, as the company has kept innovating over the years using advanced technology to make their products better.

According to their website, the company is passionate about making sure each set of knives is made to perfection. Only the highest quality materials are used to ensure durability and the best performance that will last for years. While not much is known about Peter Henckels or his son J.A. in terms of their personal lives, the standard they set when they first built their knife business from the ground up is held until today.

In 1970, the Wilh. Werhahn KG, founded by Wilhelm Werhahn, becomes the sole shareholder of Zwilling J. A. Henckels. In 2018, they opened the first ZWILLING Culinary World flagship store at the Taikoo Hui Mall in Shanghai, China. In 2021, business boomed some more as the company acquired the majority of shares of the German BBQ retailer Santos-Grills GmbH and Flammkraft, a Germany-made luxury brand for gas grills.