How to Teach Your Kids to Take Over the Family Business 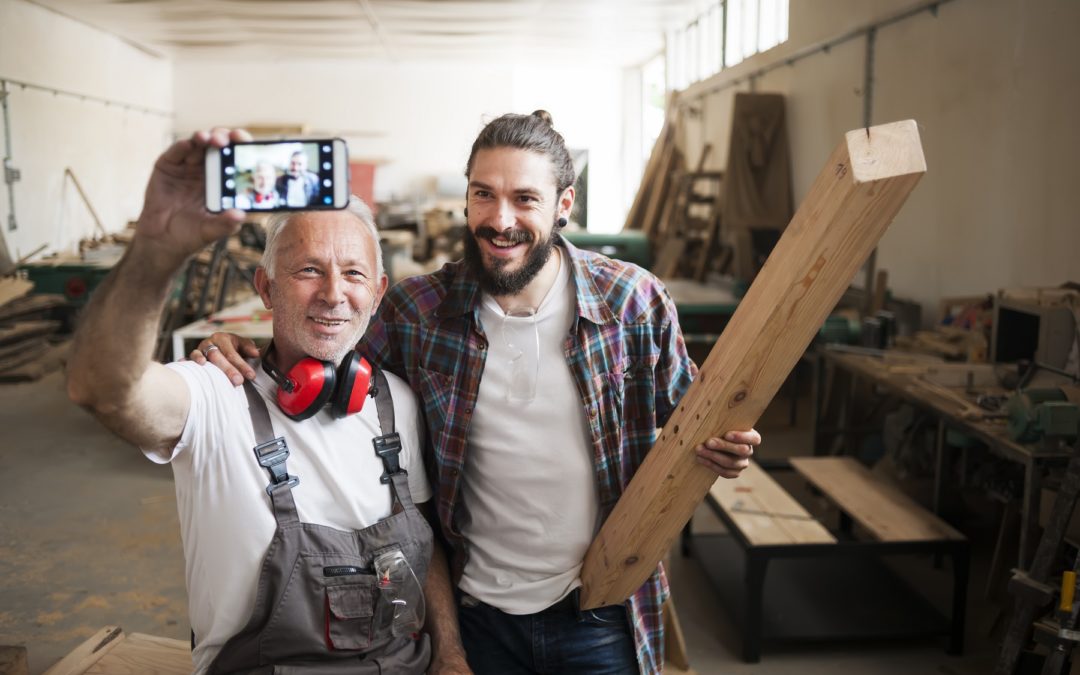 Handing over the reins to the family business can be hard, especially if you don’t know if the next generation is ready. Issie Lapowsky give us some tips on how to get them ready, as originally seen at Inc.com.

When you’re at your son’s soccer game or helping your daughter with her science homework, it might be difficult to imagine ever turning your company over to one of them someday.  Experts say that it’s never too early to introduce your kids to the family business.

The fact is, only one-third of family-owned businesses actually survive to the second generation. The same odds hold true for the subsequent generation, meaning that by the time these businesses get handed down to the grandkids, only about 10 percent are left standing.

Though it may be tough, it’s not impossible to be part of that successful 10 percent when the next generation is properly trained. This guide will teach you how to put the “success” in “succession.”

Teaching Your Kids to Take Over the Family Business: When They’re Young

Bigelow Tea, based in Fairfield, Connecticut, has been in the Bigelow family for three generations. Now that Cynthia Bigelow is president of the organization, she realizes how important it is that she was exposed to the family business at an early age – and that her father made sure that work always sounded appealing. “I never heard my father come home and have anything negative to say,” she remembers. “I think he was clever that way.” Instead, she has fond memories of watching her parents test teas in the kitchen and going out for fun family dinners with members of the executive team.

As a result, Cynthia knew early on in her life that she wanted to join her father at Bigelow. But not every kid is going to be enthusiastic about working for the family. Lloyd E. Shefsky, clinical professor, founder and co-director of Northwestern University’s Center for Family Enterprises says: “You do have to know and respect your kid enough to listen to what they know about themselves.”

During those early dinner table conversations about the business, talk to your kids about what they want from a career, and make sure they know they have a choice.

Shefsky also warns against letting kids think they have a one-way ticket to success just because they share your last name. “If they know they have a family business to go into, they might not pursue any [other fields] because of that excuse,” he says. “They should have a different way of proving themselves.”

For this reason, Cynthia’s 16-year-old son won’t be working at Bigelow this summer, though he hopes to work there some day. “He’s got his own summer job, and I think that’s really important to see what he can do on his own,” she says.

Mark T. Green, Ph.D, a principal with the Family Business Consulting Group in Marietta, Georgia, agrees that one of the best things you can do for your kids is let them work for another company before they go on your payroll.  “After they’re done with their college degrees, they should go work somewhere else at least a year or two. Three, five, seven years is even better,” he says. “That really adds credibility if they do come back.”

Even if your kids are working for someone else, they can still begin informal training in your company. Green suggests inviting them to executive education programs or letting them sit in on shareholder meetings. Later on, when they have acquired their own work experience, you may even try giving them a seat on the board to let them prove themselves in action.

Teaching Your Kids to Take Over the Family Business: Bringing Them Into the Company

Once your child has learned the ropes working somewhere else, it’s time to develop a plan to facilitate his or her in-company growth from the ground up.

“A lot of young folks want to start in the top seat before they’re ready. That’s setting them up for failure,” Green says. “There’s got to be real-time training and exposure to multiple facets of the business.”

“I don’t know if I ever reported to my father,” Cynthia recalls. “He had a very well-laid-out plan for me.”

Cynthia started at Bigelow Tea as a cost accountant, reporting to the CFO, and over the course of two decades, she worked on software, purchasing, customer service, manufacturing, operations and sales and marketing. Finally, six years ago, she took over as president.

“My father allowed my experiences and relationships to determine what the next path was going to be,” she says. “But believe me, there was a lot of soliciting, proving myself and establishing relationships on my own.”

Cynthia says she avoided talking to her father about issues she had at work and, instead, figured them out on her own. She urges other family business owners to let their kids do the same.

Along the way, you should also make sure your kid gets acquainted with your client base, so loyal customers will be comfortable with the transition once it’s time for you to pass the torch. Lead by example and show your kid how you communicate with clients, but don’t push your son or daughter into client territory until he or she has a serious knowledge of the business. “Give them three to six years to develop those contacts,” Green advises.

Teaching Your Kids to Take Over the Family Business: When You Have More Than One Child

“Succession is really three different things: leadership, governance and ownership,” Shefsky says, and when you have more than one child ready to take on the business, it’s especially important that you recognize the differences.

“You may have a son who should only be a shareholder, a daughter who would be great on the board of directors and another son or daughter who would be the ideal CEO,” Shefsky explains. By employing this strategy, you may be able to give all your kids a stake in the business without forcing them to compete for a single position.

Both Shefsky and Green agree that giving your successors equal ownership is a trap that many family businesses fall into. “Parents are always trying to equalize, and one of the things we know is equal’s not fair,” Green says.

To determine who ultimately gets to take your position as president or CEO, ask yourself which of your children has demonstrated the best leadership skills? Who has the most defined vision of the company’s future? Who has the drive to employ that vision? And who does your staff look up to?

There’s no doubt it may be a difficult decision, but Cynthia says, “Eventually, what’s best for the business will be best for the family.”

Teaching Your Kids to Take Over the Family Business: What to Watch Out For

It’s unlikely you’ll get away with hiring your son or daughter (especially in a managerial position) without breeding some resentment among your employees. The only solution to this problem, Shefsky says, is to be honest about your plans as early as possible.

“[Some employees] may have expectations of taking over when you retire, and that may not be consistent with what you and your family want,” he says. “Tell them as far in advance as is reasonable.”

This is when appointing a mentor may also be helpful. If an employee introduces your kid to the rest of the staff, it is often less controversial than if you were to introduce the kid yourself. In some cases, you may ask that mentor to take your place for a while, as your son or daughter continues to train and the staff becomes comfortable with his or her capabilities.

“You don’t want anyone to be shocked or threatened [by the transition],” Shefsky says. “You want to do it in a smooth way.”

You may also want to form a board of directors, if you don’t have one already, that will oversee the continuity of the business.

Mapping all these steps out in a formal succession plan is the smartest way to ensure your transition goes as you intend it to go.  Though both Green and Shefsky suggest consulting an accountant, attorney or financial planner, these are some key details you’ll want to include:

Unfortunately, Green says, when you’re creating this plan, “you have to think of some of the worst case scenarios, because there are too many families that have been blown apart because people didn’t deal with those situations.”

The hardest part of the entire process may be taking that final step in passing the torch. Even if your son or daughter is ready to take over, you need to make sure you’re ready to step back. “I’ve seen more mistakes in early retirement than you can imagine,” Shefsky says.

Ask yourself if you’ll be able to accept that things may not always operate exactly as you planned.  If so, you have to commit yourself to that mindset as thoroughly as you committed to your business.

“My father’s now chairman of the board, but he allows me to run the company,” Cynthia says. “He talks to me [about the business] and then says, “‘But you need to do what you think is best,’ and that’s exactly how we did it.”