How the Younger Generation is Taking On Family Businesses 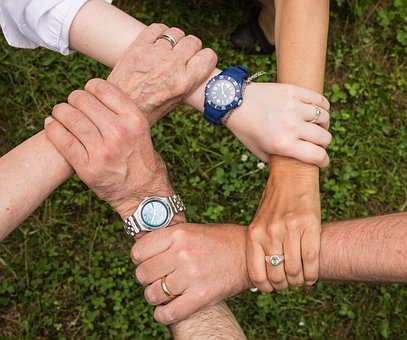 (Written by Chris Farrell for Rewire.org)

This article appeared originally on Next Avenue.

Antoinette Edinburgh Williams, 93, is spry and quick with a smile and a story. Williams, who owns the welcoming Edinburgh Williams Beauty Salon in New Orleans, has been in the business ever since her mom had her go to beauty school to learn a trade. She and her late husband John bought the salon some 40 years ago to serve the community.

“When people walk through the door they should feel that they are getting something they can’t get elsewhere,” Williams said.

Now, this entrepreneur is ready to turn the salon over to her niece, Kim Washington, a 41-year-old divorced single mother.

How generations can work together

At a time when so much of the national discussion seems to emphasize visions of intergenerational conflict at work and in society, family-owned firms are showing the rest of us how generations can work together for a better economy and healthier society.Family-owned firms make up between 80 and 90 percent of businesses in America. Many, like Williams’, are—or will become—intergenerational enterprises. With so many of these small businesses run by boomers nearing retirement or working well into the traditional retirement years, their owners are eager to train the next generation to keep the businesses alive and well.

Williams is particularly proud of the stylists she and her husband taught over the years.

“We wanted to give young people an idea of what it’s like to run a business,” Williams said. “A salon is a vehicle, a way to be independent, and they learned what it is to serve people.”

Her niece is one of those inspired entrepreneurs. Washington’s main job is with an affordable housing developer in New Orleans. But she worked at her aunt’s salon as a child.

“I was sweeping the floors and emptying the ashtrays when I was 9-years-old,” she said. Her aunt chuckled, adding: “She has been around the business all her life.”

New ideas for the family business

Washington has a few ideas for putting her imprint on the salon. For instance, she’d like to double the number of stylists to six and add a nail technician and receptionist. She also wants to sell boutique items there—such as candles, soaps and purses—and develop a line of hair products.

To prepare for the hand-off, Washington and her aunt took a seven-month course in small business entrepreneurship offered by Capital One and several local nonprofits. Sitting at a table in the back of the salon, it’s obvious how much both women are looking forward to her next chapter.

“Kim is taking it in another direction,” Williams said. “I am good with that. It’s a whole new ballgame.

What won’t change is Williams’ commitment to community. Though forced to shut down the salon in 2005 following Hurricane Katrina, she and her husband then rebuilt it, reopening in 2007. Business was terrible at first, since so many customers had fled the city, but the salon is now doing “okay,” Williams said.

The deep connections that Williams and her niece have for their community comes as no surprise to Ritch Sorenson, the Opus chair in family business and academic director of the Family Business Center at the University of St. Thomas in Minneapolis.

“Family businesses invest to stay for the long-term, so they’re more interested in the economic growth of the community and in building community,” Sorenson said.

Four generations in the family

Soon, the five third-generation owners of the Rhodes mortuary family business, also based in New Orleans, will turn over the business to the fourth. The current owners are now working with the future owners to assume leadership roles over the next several years.

“We are all talking about retirement and who will do what,” said Stephanie Navarre, 65, one of the third-generation co-owners.

“I would like it to remain a family business,” Navarre said. “I want the next generation to have the exposure, the education and the experience.”

What the new leaders can do

Older family business owners like Williams and Navarre are busy mentoring the young, transmitting their hard-earned knowledge and experience to younger generations. And the younger generation, in turn, is bringing new ideas and energy to those businesses. It’s a pretty terrific thing to see.

Among the members of the fourth generation being groomed for a leadership role at Rhodes Funeral Home is Navarre’s son, Willie, 32.

He helped out at the business for four months after Katrina, then left for the next seven years to work at a local wealth management firm—following his family’s rule that the younger generation must be employed elsewhere for at least two years. Today, he’s working at Rhodes in human resources, accounts payable and financial planning.

“I think people in my generation will have to look at what they want out of the experience,” he said. “What are you really good at? What can you provide the family business?”