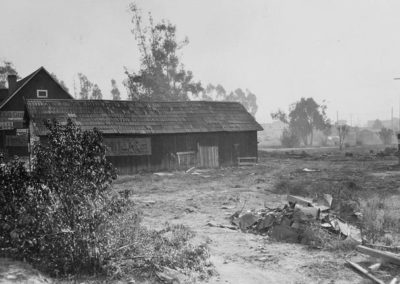 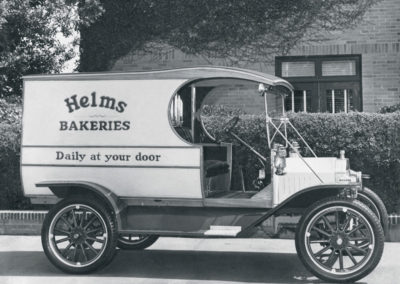 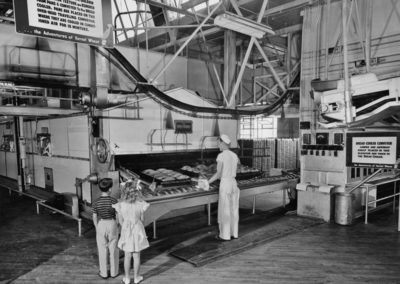 A children's tour inside of Helms Bakery 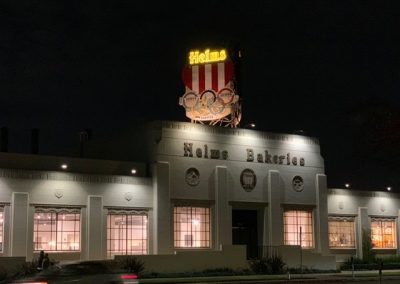 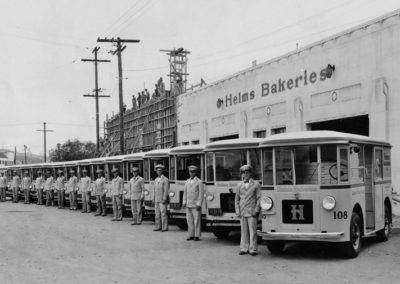 A lineup of Helmsmen and their coaches

For next generation Angelinos, Helms Bakery is a mecca of modern furniture and design and a leading corporate citizen serving the educational and cultural needs of Culver City. Since 1972, Walter N. Marks, Inc., a 4th Generation Family Owned Business, has lovingly restored the historic structure and its famous Helms Bakery rooftop sign. Standing proudly on Venice Blvd., the Helms Bakery building remains a cherished local landmark, recognized for its architectural significance.

The original Helms Bakery was one of the most visible family businesses in Los Angeles. First opening its doors in 1931, family-owned and operated Helms Bakery supplied local residents with its fresh-baked bread delivered “Daily at Your Door” for over four decades.

More than a bakery, Helm's rise mirrored the growth of Los Angeles. Owner Paul Helms understood the value of promotion and quickly thrust his local bakery onto the world stage. Helms bread soon became the choice of athletes and astronauts, presidents, kings and Rose Parade queens, chalking up honors that defined an era. Beginning with its designation as Official Bread of the 1932 Olympic Games in Los Angeles, the meteoric rise all but ended with the historic Apollo landing in 1969 when Helms Bakery became “first bread on the moon.”