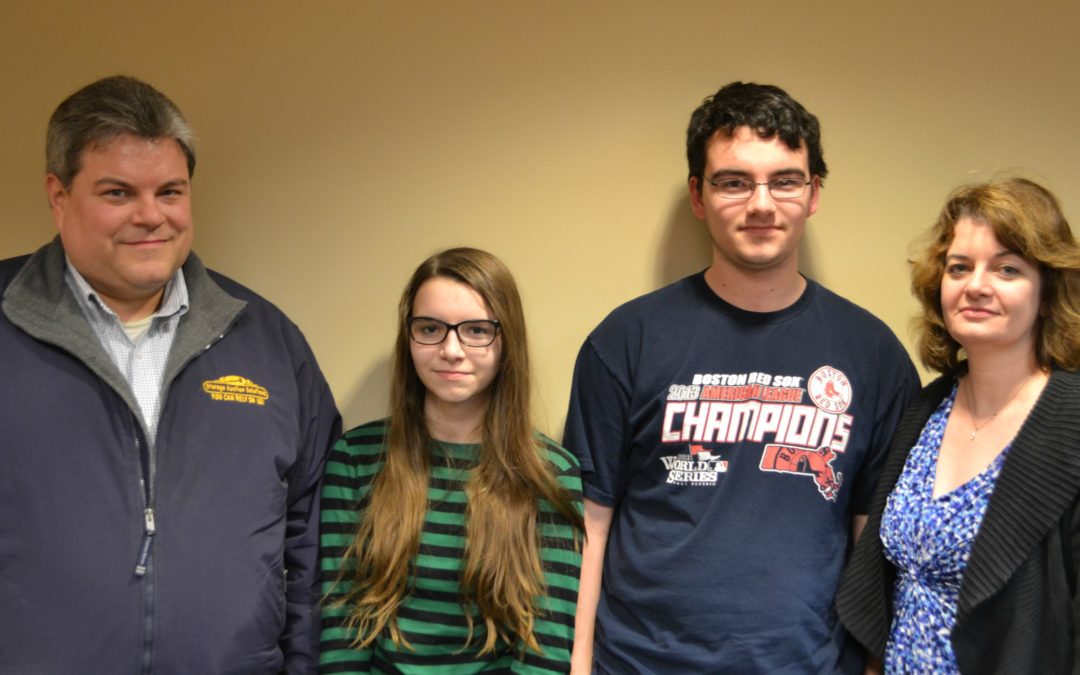 Life moves fast for the Weitbrecht family ­– and that’s how they like it. They have to keep their eyes wide and move fast to get the auction items out the door.

Tom, president of Braintree-based Strategic Auction Alliance, runs the company with his wife, Janice, event manager, and his kids – who are both auction clerks and bid spotters – Justin, 18, a licensed auctioneer, and Kate, 15.

Together, they do everything from business liquidations, sales for bankruptcy trustees, fundraising events for nonprofits, tax possessions, tax title properties and automobile auctions, to name a few. And the kids have been in the business since they were 9 years old.

“I did the first one, I thought it was pretty cool, so I just kept doing them and here I am all these years later – still doing them,” Justin said. 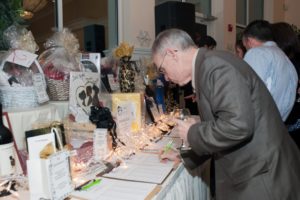 “Think of a 9-year-old saying to their friends, ‘No, I can’t sleep over your house this weekend, I have work,’” Kate said.

Tom started the company 10 years ago with a friend in Milton and averages 40,000 miles a year on the road, ­traveling to and from various auction locations and covering a wide range of territories. He’s licensed in Massachusetts, New Hampshire, Vermont, Maine, Rhode Island, Connecticut and Florida. The company employs approximately 12 people on an as-needed basis. Also a licensed real estate broker, Tom uses the brokerage in conjunction with the company’s auction sales.

Similar to the popular TV shows “Storage Wars” and “Auction Hunters,” Tom also does storage auctions, averaging 30 a month. Although, he points out that “reality” shows are far from real. After the shows increased in popularity, people began overbidding on storage units, he said, hoping to find rare valuable treasures. Those auctions have settled down to a more realistic level now, he reported.

Strategic Auction Alliance has also auctioneered a police evidence auction, comprised of unclaimed items that have been seized, such as merchandise from shoplifters. The family recalls this Braintree auction in particular because it was the day of the Bruins’ championship parade and still drew 1,000 people, backing up both sides of the highway.

Another of the family’s favorite auctions is for the Strike 3 Foundation, an organization created by Major League Baseball to raise awareness, mobilize support and raise funds for childhood cancer research. The family admits being a bit star-struck initially by some Red Sox players, but appreciate working with them, and still recognize how lucky they are to have those types of opportunities, they said.

Getting the business off the ground was difficult at first, Janice said, especially with young children.

“It was hard when we first got started,” she said. “This was [Tom’s] dream, and I enjoyed helping him out, and the kids were so young that we left them behind a lot of the weekends for the benefit auctions, so it was hard not seeing them. So as soon as they got old enough, they started coming with us; it just worked out really well, and now I can’t imagine not having them work with us.” 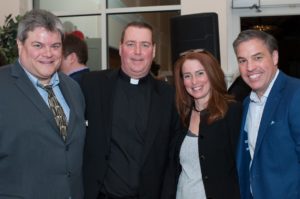 “We live in controlled chaos,” Tom said. “We were initially concerned about the appearance of bringing minors to the auctions, and it turned out our clients really loved them. And if we didn’t bring them, they’d say ‘Where are the kids?’”

Over the years, the Weitbrechts have compiled a lot of knowledge and advice they offer up to newcomers. Tom says the most important things are to always honor your commitments, have realistic expectations and take ownership in what you do. “It isn’t about the bid calling, it’s about solving the entire problem,” he said.

Kate adds that newcomers should learn to improvise in case, and when, everything goes wrong. Tom suggests rolling with the punches, wearing a lot of different hats and always staying in control. It’s also very important to be professional, fair and honest, he added.

They’ve also learned how to become really good at reading people’s body language, they said, because there’s a whole psychology behind it. They can pick up on borderline facial expressions or body gestures when someone is considering a bid – and they run with that. They make jokes and tempt them with phrases like, “Don’t sit on your hands,” “It’s only money, it’ll grow right back” and “Don’t look at her, look at me.”

Working with family doesn’t come without its challenges, however. Kate says for better or for worse, there’s no holding back. Juggling school and work can be strenuous, but Justin and Kate seem to have figured it out, according to Tom.

“It’s hard to balance being in high school and having so many high-level classes that you have a lot of homework in and have to study a lot if you want to do well on the tests. It’s pretty hard sometimes when you have weekday auctions to make some time in the event to study,” Kate said.

But Justin says all of the long travel and busy weekends has made them closer as a family.

“I don’t think we could have envisioned what it’s become when [Tom] went away to auction school – it was a change of career for him,” Janice said. “We had no idea where it would go. [Kate] was an infant and [Justin] was a little one; so it’s like, ‘One day at a time, I guess.’ We’re lucky we’re here today.”