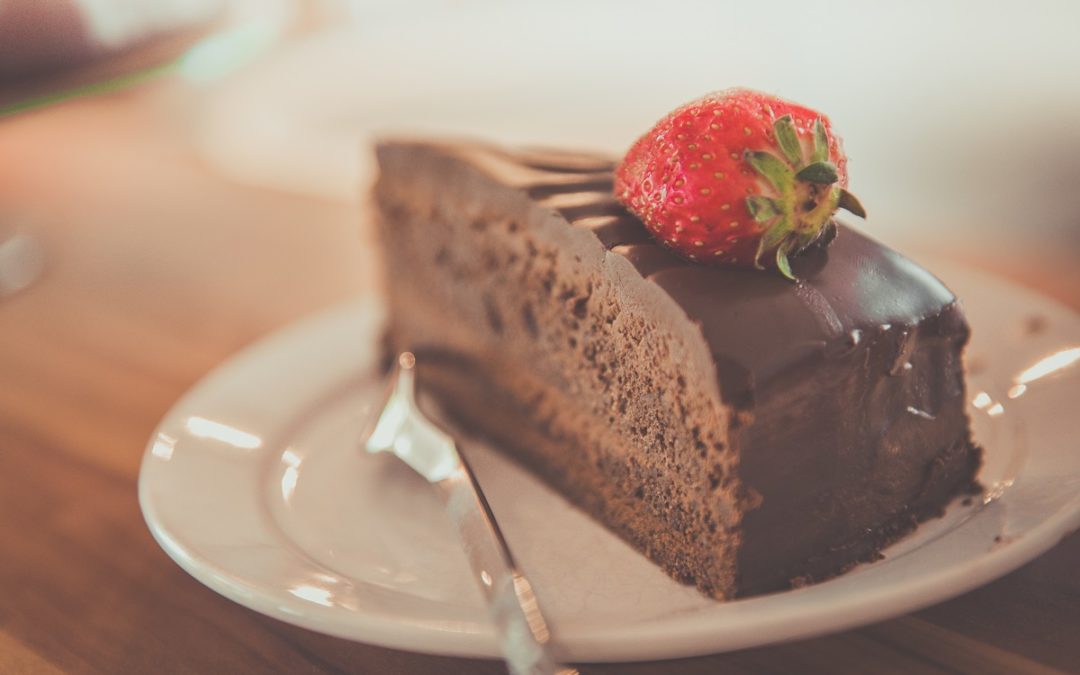 (by Zach Hillstrom as originally appeared at The Pueblo Chieftain)

Long before the popular TV programs “Cake Boss,” “Cake Wars” and “Ace of Cakes,” local baker and business owner Aileen Passalaqua was whipping up delectable goodies for the Pueblo community at her two local businesses, Aileen’s Cake Decor and Little Bite of Heaven.

Countless Puebloans have experienced the joy of biting into one of Passalaqua’s cakes, cookies, cupcakes or specialty creations since Aileen’s first opened in the Midtown Shopping Center 34 years ago. Ever since then, Passalaqua has been helping Pueblo satisfy its sweet tooth.

“Growing up, our good friends had parents who were doctors and lawyers and pilots, and our mom was ‘just a cake decorator,'” said Aileen’s daughter, Janelle Vruggeman, who does all the fondant work for the family businesses.

“So the Food Channel has opened that up for us a little bit … it’s the new cool thing now. So I like to say that my mom did cakes before cakes were cool.”

Before cakes were cool

Passalaqua’s career as a professional baker and cake decorator began long before she ever sold her first cake or pastry, as she harnessed a love for the craft under the guidance of her mother and grandmother.

She first considered a career in baking while watching her mom bake cakes around Christmas time to take to a local orphanage.

“I was a little girl, and I would think, ‘Gosh, I want to do that someday!'” she recalled.

But it wasn’t until the age of 32 – when Passalaqua already had a family of five – that she decided to take a chance and turn her love of baking into a serious career.

Aileen’s opened its doors in 1984, and the Passalaquas expanded the business in 2001, when they opened Little Bite of Heaven in the Union Depot on West B Street.

Since starting the businesses, the Passalaquas have attracted a dedicated group of customers who have come to rely on Aileen’s cakes for virtually all of their special occasions.

“We do anything in the cake field,” Passalaqua said. “We do wedding cakes, birthday cakes, anniversaries, even divorces, whatever they want.”

In many cases, a love for Aileen’s cakes becomes a lifelong affair, as customers keep coming back year after year.

“You always crave Aileen’s cake,” said Aileen’s youngest daughter, Jaelee Passalaqua. “I do, and she’s my mom. It’s like a Pueblo tradition.”

One little girl for whom Passalaqua has baked a birthday cake each year since she was born, came back to Aileen’s decades later to have Passalaqua bake and decorate an elaborate wedding cake so gargantuan that Passalaqua’s 6-foot-3 son-in-law had to stand on a scaffold just to put it together.

“That’s probably the largest cake we ever did. It served 1,500 people,” she said.

It wasn’t just the customers who inherited a love for Aileen’s cakes and goodies: Her four daughters have long been their mother’s most ardent consumers and have slowly but surely developed the same love for cake baking and decorating.

The world of flavorful creations in which the family lives during business hours often extends past closing time, as the family has different traditions that involve baking and decorating for each holiday of the year: Easter bread on Easter, gingerbread houses and potica on Christmas, and chocolate-covered strawberries on Valentine’s Day.

“There’s just some things that my mom’s family did, and now we kids do it,” Vruggeman said. “It’s just been passed down from generation to generation.”

In addition to the time spent baking around holidays, the birthdays of Passalaqua’s daughters have yielded some of the family’s most imaginative – and, retrospectively, embarrassing – creations.

“We would always get to pick whatever we wanted. The company Wilton (Industries), every year they would release a yearbook in July. You could look through there and pick out your birthday cake, so we always got really cool birthday cakes.”

“We got cakes of whatever was popular,” Jenna Passalaqua said. “New Kids on the Block, Charlotte’s Web, those were some of mine. Mickey Mouse, NSYNC. We always had the best birthday cakes, and my mom hand-drew everything.”

But the family’s love of all things cake could never be contained to the Colorado border.

Many of their vacations have been centered on cake, with the Passalaquas packing up the family van and traveling to baking conventions in Utah, New Mexico, Nevada, Nebraska and Oklahoma, in addition to the many they’ve attended in Colorado.

Aileen Passalaqua’s 5-year-old grandson, Jett, has already attended his first out-of-state baking convention and is beginning to show an interest in the family business. He’s even named the family pet after one of his favorite cupcake toppings.

“Jett’s favorite thing when he was little was sprinkles to put on a cupcake,” Vruggeman said. “So our dog is named Sprinkles because of the cake shop. And he said, ‘Maybe we can get another one and name it Buttercup or Buttercream or Fondant.'”

Working in the family business has been a rite of passage for all of Aileen Passalaqua’s daughters, as all four of them worked their first jobs helping their mom around the shop.

“My mom taught us how to count back change, how to take orders, … how to answer the phone and how to be polite to people if you made a mistake,” Jenna Passalaqua recalled. “Customer service ranks really high in all of our lives because, at such a young age, we were doing it.”

Despite the times spent helping their mom around the shop, the girls were reluctant to follow in their mother’s footsteps and often expressed they had no interest in taking over for her in the future.

“They always said, ‘Oh, no. We’re not going to do this,'” Aileen Passalaqua recalled.

“But, lo and behold, now all of them do, and they all have their own specific skills. It’s awesome.”

All four sisters still work in the family business in one facet or another and plan on taking the spatula baton from their mother whenever she eventually decides to bake her last cake and hang up her apron.

“It started as a hobby for my mom and then it turned into this,” Vruggeman said. “So it’s kind of cool to see that what she started as a kid with her mom, just in their kitchen, turned into all this with us.”