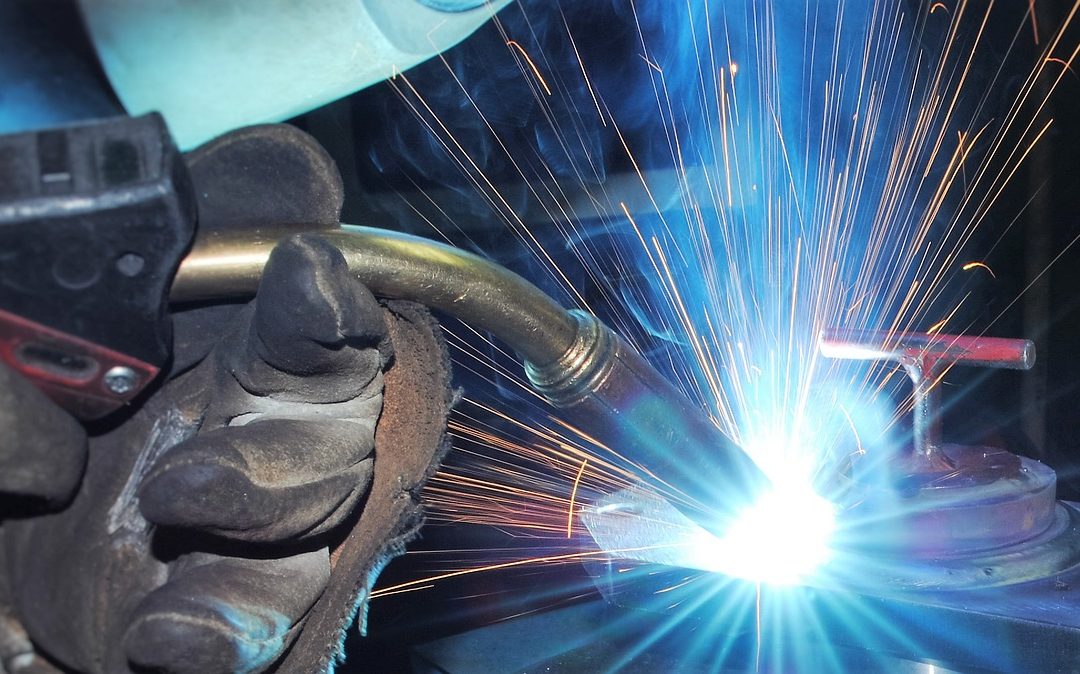 (by Adrienne Selko for Industry Week)

Business is personal for Eric Miller, CEO of Miller Welding and Machine Co.

When he was in college, his grandfather, Dave R. Miller, made the “big decision” to expand the family business from a machine and welding shop into an integrated, full-service supplier to the industry.

Dave had started the business in 1963, at first serving the mining and lumber industries in western Pennsylvania after he was laid off as a welder. Soon he found a much larger market serving the steel mills.

So, in order to secure a better financial position for the family, he expanded the company and pulled the family in even further by employing his wife and eventually all six of his children. Currently, the company employs 400 people at three plants in western Pennsylvania.

Three of Dave’s sons ran the business after him.

“It was a rare occasion when the three brothers weren’t aligned in their thinking,” Eric remembers. And perhaps part of that was due to the fact that Dave always made sure that his family understood the expectation that this business was to grow and provide for the next generation.

“He was always pointing out to us the example of another family business in our town that had to close because the children couldn’t agree,” Eric says.

Making sure the children were on the same page is what propelled the management team, which is still the three brothers, to ask Eric to create a formal organization chart 18 months before he took over.

“A key part of my success will be that my father David K. Miller, who was the CEO, and his brothers will remain in an advisory role for another three to five years,” he says.

And, of course, his 85-year-old grandfather Dave still walks into the office, reminding them of their obligation to correctly steer the business he created for them.

This vision that Dave created for the Miller family is often the missing “bridgework spanning the entrepreneurial vision that sparks the formation of a business and the long-term vision that allows family firms to pursue goals far into the future,” according to a PwC survey on family business conducted in 2017.

Yet in 2016, 74% of family firms do employ next-generation family members, so they must be doing something right.

One company that is not only doing things right but thriving in its fifth generation of family leadership is CoorsTek. The predecessor of the company was founded in 1909 by John Herold, who moved his company — the Herold China and Pottery Co. — to Golden, Colo., home of Coors beer.

In 1915 Adolph Coors Jr. took over the management of the company. With the start of World War I (and Prohibition), the company transitioned some of its brewery employees to begin producing labware. Fast forward to 1985, the company was returned to the family when Joe Coors Jr. became president. The company (then renamed “Coors Ceramics”)  quickly adapted to the new market and secured a contract with IBM to produce ceramic substrates. During Joe’s tenure, the company expanded exponentially, adding new materials, capabilities and locations.

In 2000, Coors Ceramics changed its name to CoorsTek. And today the company manufactures more than 300 technical compositions, serving customers in the automotive, defense, health, oil and gas, semiconductor and other sectors.

Revenue was approximately $1 billion in 2016 and 2017, and is growing faster than the national GDP. Across 35 locations globally, it employs 6,000.

John K. Coors remains chairman of CoorsTek today and the fifth generation of Coors leaders sits in the CEO chair — though that chair has been expanded to fit three CEOs: Michael, Jonathan and Timothy Coors.

The two brothers and one cousin, who have held a variety of roles both in and outside the company, are in almost perfect alignment on the company’s direction and strategy.

“The idea for a three-pronged approach, which is not that unusual in other businesses, was born of the idea that our skill sets mesh and that we are able to work together to drive the best decisions for the company,” explains Tim.

While the assumption is that each person has a specific role or area of expertise, that’s not the case. “We don’t divide our responsibilities,” says Michael. “We work together at the highest level.”

This company’s idea of success is based less on being a member of the family and more on being a caretaker of the business.

“We have a very long-term view of the company and feel we are custodians of the business,” Timothy says. “Our fathers and uncles all had this view, which is how we grew the business.”

The ability to have a 100-year-old historic base and project that into a long-term future is their competitive advantage, Jonathan explains.But that goal isn’t predicated on the family’s involvement. As a large global company operating in a variety of markets, it’s the purpose and strategy that has stayed consistent, regardless of family control.

As for the next generation, the trio says that the choice is theirs, as has always been the case. If they have the desire and skills to join the company, they are welcome, but if they pursue different avenues they are supported as well.

While CoorsTek had a large family to choose from, Hollman Inc., one of the largest manufacturers of sports, fitness and office lockers — which provided the lockers residing at Dallas Cowboys and New Orleans Saints locker rooms, as well as The New York Times offices — went from father to son.

The company was founded in 1976 by Joe Hollman in Irving, Texas. His son Travis worked at the company for 10 years in a variety of positions until he left to pursue several successful entrepreneurial ventures. Joe stayed at the helm of the business for 35 years, setting the manufacturer on its path to continuous success. In 2011, Travis rejoined the business and set a new course.

“One of my driving forces is the pride I have in our family name and to make sure that continues,” explains Travis. His time away from the company taught him a lot about overcoming obstacles such as creating a company from scratch and the practical aspects of running a business. By the time he took the helm at Hollman, he knew just what he wanted to do and how to get there.

“Our company is a purpose-based company,” says Travis. “Everyone has bought into this philosophy.” The company, which has over 300,000 square feet of manufacturing space, currently operates in four key verticals: athletics, fitness, workspace and residential. It employs 200 employees and had $49 million revenues in 2017. Like most manufacturing companies around today, it faced tough times in 2008 and Travis had to cut salaries. It drove the company to refocus on job responsibilities and caused Travis to challenge his sales force to reach their stretch goals.

“Every goal I gave my team they beat,” he says. “I think it was because I had such high expectations and I showed them in every way possible — from monetary incentives such as bonuses, to sending a group on a vacation to Mexico, to food trucks on location — that I was behind them.”

Travis’ style was different than his father’s and demonstrates how sometimes the philosophy can change from generation to generation. While his father favored a military-style approach to management with decisions made solely at the top, Travis has more of an open-door policy that encourages familiarity.

“We are friends here and it’s great to see,” he says. “We do things together outside the office.”

With that more open philosophy comes that ability for his employees to “call him out,” as he says. If an idea or process isn’t what someone else thinks it should be, they have no problem letting him know. He likes it that way.

Eric Miller would agree: “Honesty is essential,” he argues. “You must be honest with yourself and your workforce. If someone is wrong, let them know and don’t sugarcoat it. And as a company you must be honest and ask what the company does better than its competition and figure out how to improve it, because if you don’t improve you won’t be in business very long.”

Improvement is a cornerstone at CoorsTek as well. The CEOs have created a culture where there is no fear of making mistakes.

“We view our culture as a fail fast environment. We encourage trying new things, but if it’s not working, move on. There is no retribution,” explains Jonathan Coors.

And it plays right into the philosophy of the current and future workforce, family or not, of the millennials.

“Stifling creativity will kill you in a modern business, especially with a millennial workforce,” says Travis Hollman.

Creativity is at the core of an entrepreneurial style culture and is a swing right back to what inspired the original founders to create these companies in the first place. This leads to the basic question as how to explain the success of family businesses that make it to the third generation and beyond. Is it tradition and the desire to live up to and continue the family name? Or is it the ability to adapt the original family values to continue a company where family members will want to work?