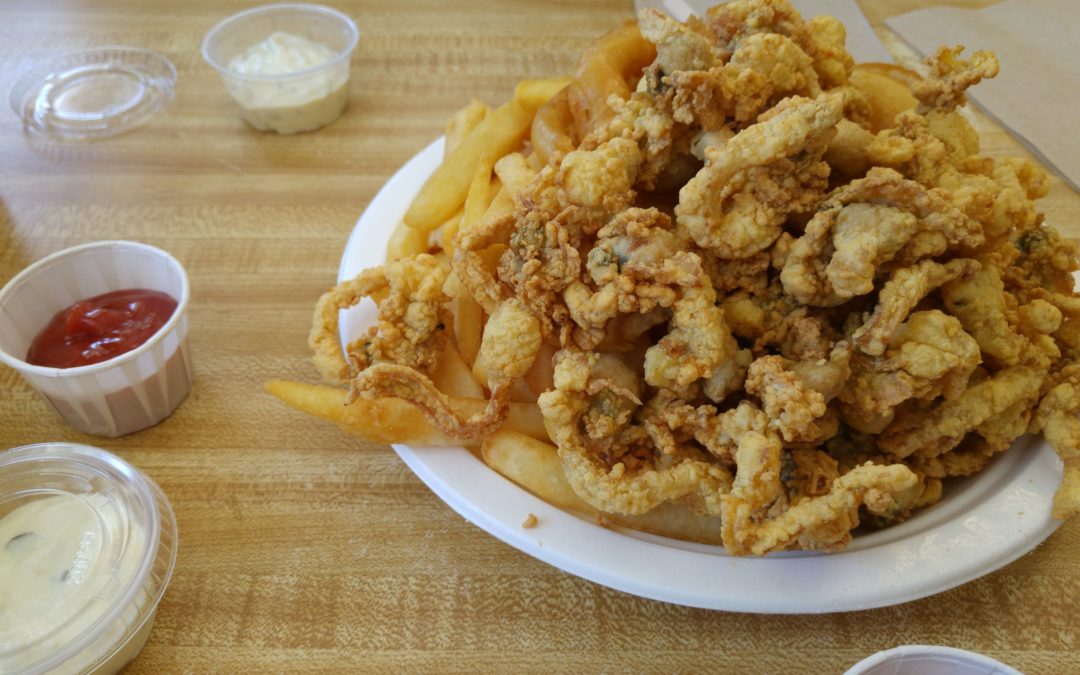 Woodman’s of Essex is a seafood restaurant in Essex, Massachusetts, located north of Boston. A local favorite, Woodman’s is also known internationally for its New England clambakes and its signature fried clams. Since its founding in 1914 Woodman has been a family-owned and operated business with third-, fourth-, and fifth-generation family members still part of the team.

How to Make Fried Clams
In a 4 quart saucepan, melt 2 ¾ lb. lard or vegetable oil to a depth of 2 inches in the pan. Heat to 350˚F. Using two bowls, pour evaporated milk into one, and corn flour into the other. In small batches put the clams in a hand-held strainer, and submerge into the bowl of evaporated milk to coat. Remove the strainer from the bowl and shake off the excess milk. Next dredge the clams until they are well covered with corn flour (you may want to use a clean dry hand-held strainer to shake off the excess flour).

Carefully place the clams into hot lard or oil. Be careful, because lard will spatter. Cook in small batches, turning to cook both sides, until they are golden brown. Using a slotted scoop remove from oil. Shake gently to remove excess oil. The clams will take approximately 1 ½ minutes to cook. The color is the most important. They should be a golden brown. Serves 8 (appetizer-sized servings).