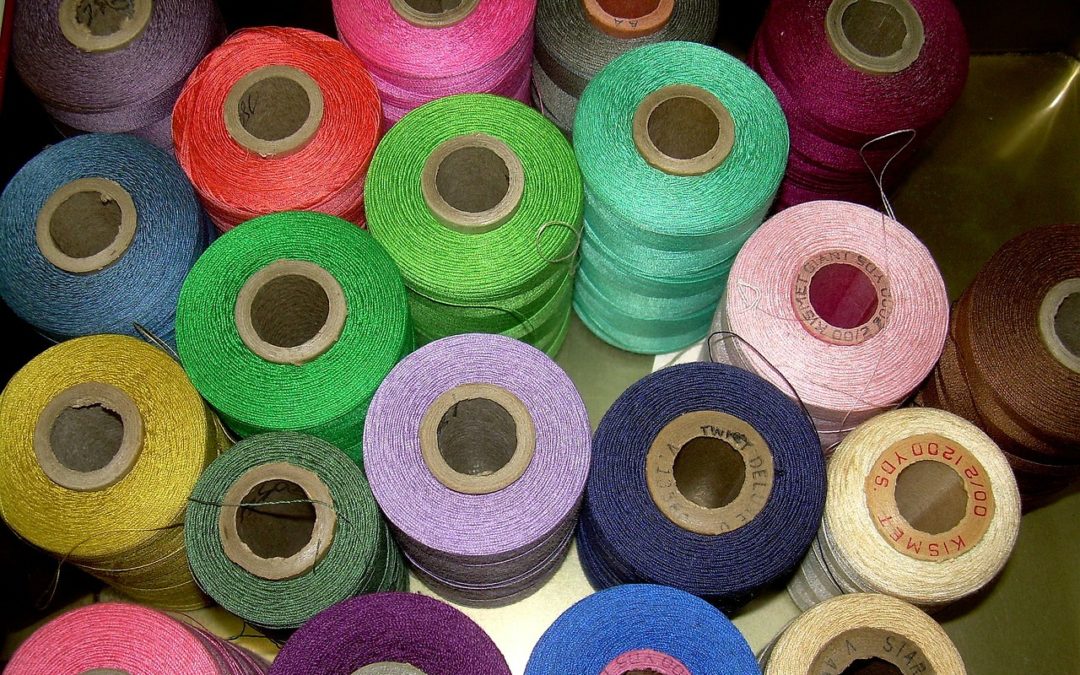 Stitched into the company logo on Edin Marroquin’s jacket is a textured story, threads of family and fearlessness intertwined with the outreach of others. Edin’s father, Eduardo, embroidered that logo himself, a special source of pride. He is the owner of Marroquin’s Embroidery in Council Bluffs.

“This is my dream,” Eduardo says.

He and his wife, Susana, emigrated from Guatemala in the early 2000s. Family and opportunity brought them to the Omaha area, where Eduardo built a career in the embroidery industry. About two years ago, he decided to open his own shop.

“You can see it. My dad is happy and proud that he gets to do this for his family,” says daughter Marta Sanchez-Marroquin.

She and Edin, two of four Marroquin children, are deeply involved in the business, a custom embroiderer of uniforms and apparel for a growing clientele. Edin is company president. Marta, an embroidery supervisor at another local company, is there part time. Brother Danny also pitches in where and when he can.

“We all enjoy this, but I think the one who enjoys it the most is my dad,” Marta says.

In addition to sharing the workload, the Marroquins share a big vision for their small family-owned business — “that, someday, it’ll be enough for everyone in the family to work here full time,” Edin says.

The family credits the nonprofit Catholic Charities’ Microbusiness Training Program for helping to put the company on a successful course. Eduardo and Susana enrolled a few months after Marroquin’s Embroidery opened.

“At that point, my dad started seeing all that it takes to run a business. As small as it is, it takes a lot of work, a lot of effort and a lot of sacrifices,” Edin says.

The Microbusiness Training Program – 16 classes over an eight-week period — offers a wide range of services tailored to help entrepreneurs create and grow their small business.

“It’s amazing to watch the people on their journey, not just in this program but in all the programs that we have,” says Ginny Czechut with Catholic Charities.

The Marroquins say they especially appreciate the help they received in forming a limited liability corporation (LLC) and in connecting to financing. Microloans of up to $5,000 are available to clients who successfully complete the program and submit a viable business plan. The Marroquins used their loan to buy an additional embroidery machine.

The Microbusiness Training Program is supported by proceeds from Catholic Charities’ annual Irish Fest, which receives sponsorship from Blue Cross and Blue Shield of Nebraska. This year’s Irish Fest — with dinner, silent auction and live music — will be held Saturday.

Edin’s message to Catholic Charities: “Thank you and keep doing what you’re doing.”

He says his family truly enjoys what it is doing. He encourages other entrepreneurs to be fearless in pursuing their dreams: “Work hard for it and don’t let it go — just be prepared to put in the work.”

“Faces of Fearless” is a storytelling series in Blue Cross and Blue Shield of Nebraska’s “Live Fearless” campaign celebrating people living their very best lives and inspiring others to do the same.