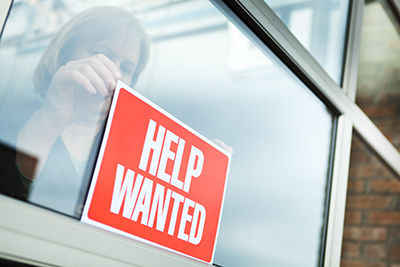 February 22, Conway Center – Nearly in 1 in 3 family businesses in central Ohio report that they’re worried about finding qualified people to fill jobs. While that sounds like a good problem to have — central Ohio’s unemployment rate is at a near 15-year low — this threatens the region’s economic vitality.

When jobs go unfilled, they don’t generate wages and taxes. Being shorthanded at the office or factory impairs productivity and profits. And employers able to be mobile start looking for cities with a deeper pool of workers.

“The effort they are making (to find people) is extensive,” said J. Richard Emens, director of the Conway Center for Family Business, which reported the findings in its sixth annual survey.

Two-thirds of family-owned businesses in central Ohio said they want to hire this year, with most saying they’ll add up to 10 workers.

Central Ohio’s low unemployment rate — just 3.9 percent in December — makes this a challenge. This is especially so because many in that 3.9 percent are just temporarily unemployed as they search for a job that’s the best fit or because they’re new graduates.