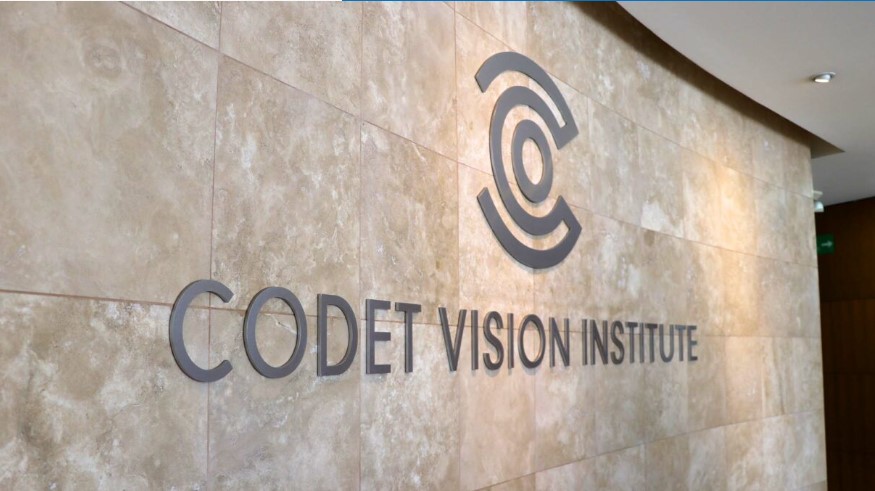 My Dad is an ophthalmologist and started the business in Tijuana and moved the family from Mexico City to San Diego in 1987.  During the same time period, he was finishing up his fellowship at University of California at San Diego.  In 1994, he became the second person in North America to do LASIK surgery.  And at that point, his practice really took off and he became a leader in ophthalmology.  In 1994, he launched the CODET fellowship program which offered ophthalmologists an opportunity to earn a subspecialist degree while training in state-of-the-art facilities. That same year, he introduced the clinical research department, in which established CODET’s worldwide leadership role in the investigation, development, and publication of ophthalmic innovations.

My Dad continued to innovate and went on to develop All-Laser-LASIK and Bitoric LASIK. A few years later, Fundación Codet para la Prevención de la Ceguera, I.B.P (now Fundación +Luz) was established to treat patients from underprivileged economic backgrounds.   In 1999, he performed the first clinical trial for an accommodating intraocular lens (IOL) for the ophthalmic technology company Ionics (now Bausch & Lomb).  After that, he was awarded the prestigious Lans Lecture Award by the International Society of Refractive Surgery in 2000.

My first experience of working with my father was as his business partner.  In 2007, we launched The Vision Store in San Diego which was an eyewear and vision care retail venture on the front end but also had diagnostic equipment and an on-site optometrist on site.  We could quickly diagnose on site whether an individual was a candidate for eye surgery.  We created numerous partnerships with ophthalmologists in San Diego and CODET in Tijuana. However, the Great Financial Crisis in 2008-2009 made it a difficult environment to operate the business and we decided to shutter the venture in 2009.

What did you do after the business closed?

The good thing is that while the retail business struggled, CODET Vision Institute, the core business, was continuing to thrive.   I started networking with senior leadership at Calhoun Vision (now RxSight), one of the medical device start-ups that was doing clinical trials with my dad in Mexico. RxSight commercialized the world’s first and only adjustable intraocular lens (IOL) that is customized after cataract surgery.   I joined them doing marketing and business development work and then started applying to MBA programs.  I applied to programs around the country and ended up going to UCLA Anderson, which was right around the corner from where I was living.

I secured my summer internship at Abbott Labs which had an ophthalmology division with a large presence in Orange County.  They have a strong management development program where you rotate through different parts of the organization.  I received an offer to join them when I graduated and began working at Abbott Labs after completing my MBA.

When did you make the decision to return to the family business?

I had a two-part epiphany about returning to the family business.  The first part was during an Abbot management multi-day program they held with all their post MBAs at the corporate headquarters in Chicago.  We were sitting in a ballroom when one of the members of the leadership team started talking about preparing us as future leaders, the MBAs, to follow in their footsteps.  While this was the dream for many of the young managers, I was thinking that, although a great opportunity, this wasn’t the future I saw for myself long-term; I wanted to be in a more entrepreneurial environment. However, this time around, after starting a business and working for a start-up before UCLA, I decided that joining the family business was a good blend of an established operation, with a lot of room for growth and innovation.

Was there a specific plan for bringing you into the business?

Yes, my dad and I recognized that a specific plan would optimize for success.  We decided on a three-part strategy in which Phase One, I came in as a consultant to perform a diagnostic analysis regarding potential growth opportunities.  Phase Two would consist of an operating role to implement a lot of those growth and change management opportunities identified in Phase One.  Phase Three would consist of a diversification phase which would look like a family office where we’re identify opportunities that leverage our core strength in the ophthalmic space and also seek out opportunities outside our core expertise.

My mom is our Chief Culture Officer, so events are under her guidance.  We organize a Christmas party every year which everybody looks forward to attending.  Prior to the pandemic, we were doing employee townhalls which would conclude in a gathering catered with refreshments and/or a movie night.

Currently, a major initiative is the build out of a state-of-the-art facility that includes a lunchroom and break room for the employees.  For us, it’s a tangible way to thank the team for their hard work.

How many employees to you have?

We have 120 employees, and you can divide our organization into three different areas, the commercial arm, the operational/medical arm, and then the back-office finance and admin arm. Our business development director leads the commercial arm. The medical/operational arm are led by the operations director and my dad the medical director.  Our CFO and my mom lead the finance and administration arm and underneath each of them you have multiple layers of managers. I oversee the three arms and lead all strategic initiatives.