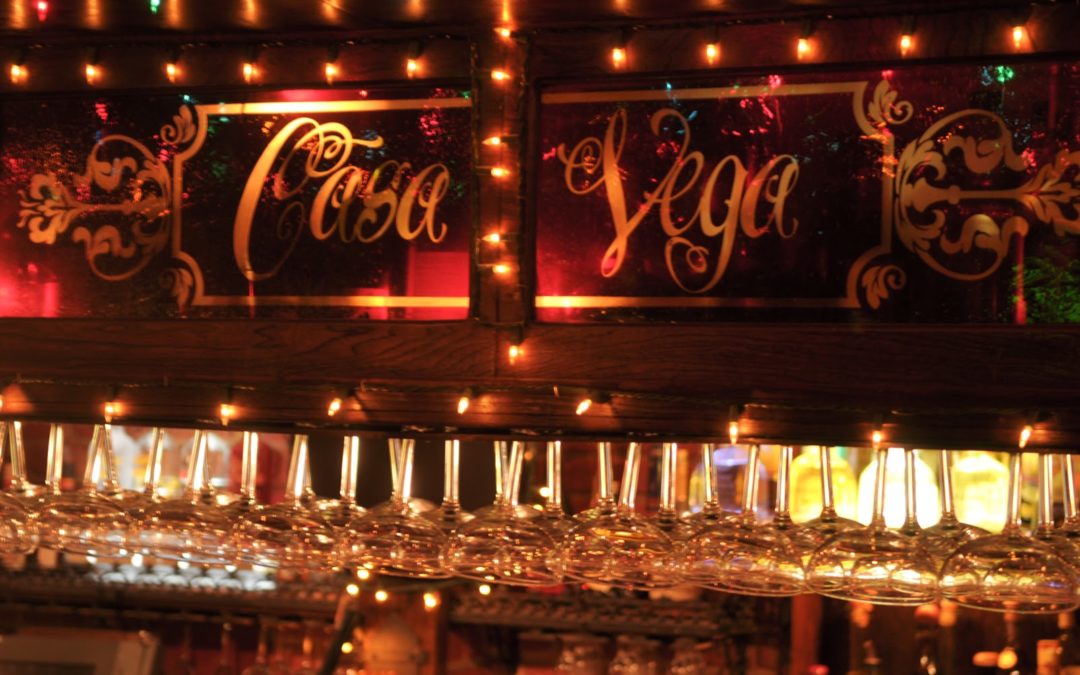 Anyone thinking that Casa Vegas' Hollywood debut was in "Once Upon a Time in Hollywood" is wrong.   Celebrities like Marlon Brando, Gary Cooper and John Wayne were frequent patrons on the eatery.

However, what's even more  exciting for second generation owner, Christy Vega Fowler, is bringing authentic Mexican food to the community.  Most of the recipes at Casa Vega are from Christy's grandparents, who moved to the U.S. from Tijuana, Mexico. The recipe for Vegetable Tamales is one of her favorites.

1. In a large container, place the corn husks deep in hot water and cover for a couple hours until they are soft and pliable. Tip: you may need to weigh them down with an inverted plate and a heavy can to keep them submerged.2. In an electric mixer add Massa to the bowl. Then at medium-low speed add the following ingredients one at a time: chili paste, baking powder, salt, oil and water. Mix everything until it gets soft and heavy.

3. Drain water from husks. One at a time, flatten out the husks with the narrow end towards you and place 2.5oz (a little more than 1/4c- size of palm of hand) of Massa on the middle of the corn husk, leaving a little more room at the bottom of the husk. Then add a strip of cheese, chilli, and green olive in the middle of the Massa.

4. Take the left side of the husk and fold it directly over the right side. Fold the narrow bottom end of the husk onto the folded tamal. ** For parties and presentation you can tie with strip of corn husk when serving dry tamales.

5. As you are making the tamales, stand them up on their rolled ends in a prepared steamer basket. Steam over boiling water for approximately 30-40 minutes until Massa is firm and holds its shape. *Tip: Cover the tamales in the steamer with a layer of the left over corn husks. You can also fill empty spaces (if you have them) with gently wadded aluminum foil to prevent them from falling over.

6. In Casa Vega we serve them "oven-style": gently remove the tamal from the husk and plate. Cover with homemade enchilada sauce (recipe below), sprinkle with cheddar and jack cheese and cook in hot oven for 2-3 min (until cheese is melted.)

7. At home we serve them dry. Let everyone unroll their own tamal and serve with Tapatio and Mexican Crema (recipe below).

Note: The Chili Paste is made with dried (no spicy/no seeds) California and dried Pasilla chilies. Soak in pot of hot water for 15 min and then grind into a paste.

2. Cover and let sit at room temp for several hours.

3. Serve or refrigerate until ready to use. Bring back to room temp before serving.

5. Then in small mixing bowl, mix together the chicken base, cumin, garlic powder and remaining 1/2 cup water.

6. Pour mixture into sauce pan and simmer for 10 min.