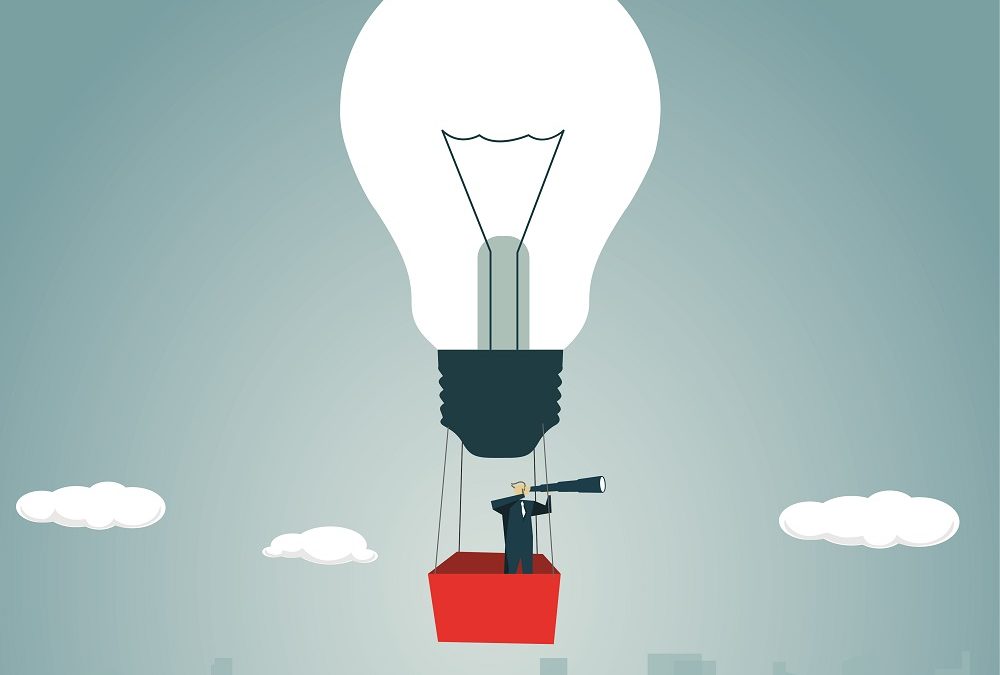 Following the most unorthodox election in American history, for business owners throughout the nation and especially in Massachusetts, the stars seem to have aligned coming into 2017. With a new president branded as overtly business friendly and more importantly a booming local economy, those on the front lines supporting small and family-owned businesses agree that morale is high among executives.

“They feel like they have their guy in the White House now,” said Gerry Nadeau, senior vice president of commercial banking at Rockland Trust, one of the top small business lenders in the commonwealth. “Trump is a businessman who they can relate to – he had successes, and also financial troubles, when they did.”

President Donald Trump is the harbinger of changes both cultural, raising business to a level of reverence not seen since Reagan, and practical, promising sweeping tax and regulation reforms. Specifically, Trump aims to reduce the business tax rate from 35 to 15 percent, and has already signed an executive order reducing federal funding for regulations to $0 for the year, and prohibiting agencies from creating a new regulation unless two are sacrificed.

If this uncharacteristically swift storm of action in D.C. were not enough to embolden qualified Bay State entrepreneurs to expand their operations or jump into the game, the economic wave of growth that washed over the state throughout 2016 certainly was, resulting in a significantly larger loan volume in lenders’ pipelines at the outset of 2017 as compared to the previous year, said Nadeau.

“We are optimistic about 2017. We expect business to be strong and steady, similar to how 2016 was. We celebrated the beginning of 2017 with the opening of our 27th location, in America’s hometown of Plymouth. The biggest headwind to success is the labor market; it can be difficult to find good people.”

“Generally, they’re quite bullish on how we’re doing economically,” he said of the small business owners he’s worked with in recent months. “They’ve had a good year. Profits are strong.”

From Eastern’s perspective as a lender providing the funds to feed the appetite of the small and family-owned business community, Bator called 2016 “a record year,” with loan volume up 15 percent in early 2017 compared to the beginning of 2016.

“We feel optimistic about the economy and the business climate in 2017. In addition to a strengthening economy and the prospect of tax cuts which should further encourage business growth, we have seen an uptick in interest in cybersecurity issues. With all the talk about hacking, the issue of security is front and center in the minds of businesses and we see it as an area of growth for us.”

Larger institutions have begun to move confidently to enhance their small business support as well, such as TD Bank, who will install additional staffers all along the East Coast to deal with companies under $1 million in revenue, according to a mid-February announcement from the country’s 12th largest bank.

This story is in turn corroborated by the Associated Industries of Massachusetts, which released an early-February survey saying employers in Massachusetts are more confident about the business environment than any time in the last 12 years. The New England Economic Partnership’s annual report projects the state’s 2017 average annual payroll employment will see growth in 2017 similar to 2016 (1.5 percent). Additionally, a recent Gallup poll shows that in January, consumer spending across the country was at its highest point for that month since 2008, before the financial crisis drained American bank accounts.

If it sounds like all this adds up to a state of business nirvana, it may yet be too good to be true. Though the obvious response might be for a flood of new businesses to start up and for existing businesses’ operations to get bumped up a notch, this is not necessarily the case when considering the most basic resource on which a company depends: labor.

Across the board, most experts agree that labor constraints pose the greatest threat to economic expansion, as the Baby Boomer generation’s current “Silver Tsunami” pushes a sizable chunk (roughly a quarter) of the population into retirement age. This outpouring of bodies from the workforce causes a drop in overall labor and, more crucially, skilled labor specific to each industry.

“Mod-Tech Homes has experienced a significant increase in both sales and inquiries. Many of our clients from previous years are now ready to begin their projects. We are delighted with the pent-up demand and look forward to our strongest year ever. We are optimistic about the business climate and are encouraged by the early signs of 2017.”

Similarly, if the CEO of a family-owned business is at or near their golden years (and many of them are), rather than seize the moment for expansion, the incentive to retire into a good economy with dollars in the bank – high-value American dollars at that – often wins out.

This results in a surprisingly high number of selloffs and successions during times of economic vigor. With a concrete estate plan in place or the knowhow to get the most value from a buyer, these transitions can be smooth and reinvigorating to the company. Without them, disaster can ensue.

And there are still more factors lurking beneath the sunny surface of the business landscape which could trip up unsuspecting executives. One of the most prominent is health care costs, which have already risen in recent years, causing some employers to adopt more complicated, unpopular methods to keep workers part-time and without benefits. Although Trump has promised to replace the Affordable Care Act with an equally universal and less expensive model, there is thus far no specific plan on the books.

The bottom line is not that family-owned businesses should feel cynical about or avoid seizing the opportunities of the robust economy; rather, they should use the boom time for deliberate and meaningful preparation against these and other ever-present business pitfalls.

“For over 40 years, we have focused on providing housing opportunities to communities throughout the region – developing, constructing and managing a portfolio of 11,000+ units.  We are energized by new growth opportunities for 2017 and a business expansion with the launch of a new real estate office in Boston’s North End later this year. Overall, we are very optimistic.”

The best defense may be in the form of a handful of free or very low-cost resources available to small business professionals in the commonwealth. Whether through one-on-one mentoring or group workshops, utilizing expertise offered through these development programs can make the difference for small businesses.

Take for example the Small Business Development Center (SBDC). Armed with millions in government funding, the SBDC system trains and advises up to 7,000 businesspeople per year.

“It’s about sustainability,” said SBDC Massachusetts Director Georgianna Parkin, describing how her staffers work continually with clients to hone their business model to keep at the cutting edge. “They have to find their niche, and stay current.”

“We are very optimistic about this current business landscape. We experienced strong sales in 2016, and the first two months of 2017 has been very positive. This for us has been driven by a stronger market demand for our ability to customize both the hydrotherapy pools and plunge pools, as well as a greater demand in the athletic market for hot and cold plunge pools.”

Another such resource is SCORE, a free training program with six locations across Massachusetts, supported by 350 volunteers with the goal of creating long-term relationships with small business clients to see them through the peaks and valleys of ownership.

“Most entrepreneurs are going it alone,” said Paul Waldeck, SCORE district director for Massachusetts and Rhode Island. “They have nobody to talk to or bounce ideas off of. We provide that sounding board.”

“We’ve all made the same mistakes,” he said of the volunteer advisors, most of whom are either retired or active entrepreneurs, “and we know to come back from them.”

Parkin said that training and mentoring programs are more important now than ever, since despite current good conditions, “business is continually changing.”

“Headline news and world events will impact businesses both ways – they always have. We remain optimistic and steady in our mission and focus and will adapt as needed to the changing business climate.”

“Businesspeople don’t always focus on long term, or don’t have time to see marketing trends,” she said. “No business is going to survive unless their product is relevant, and their company is competitive.”