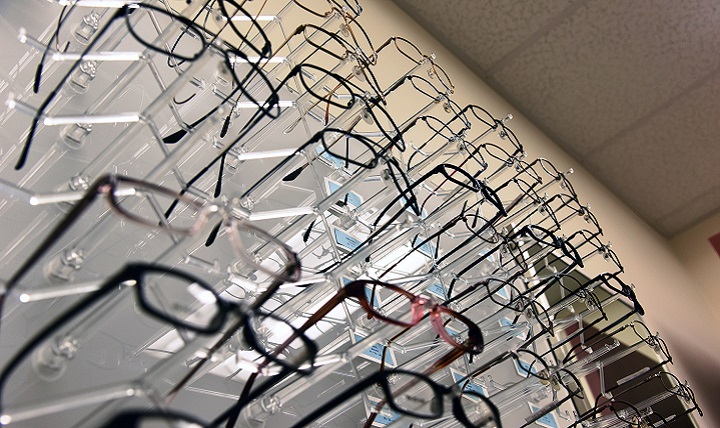 (by Ankita Varma writing for The Straits Times)

Brothers Silas and Shamus Hwang could have coasted on the success of their family’s eyewear business, but instead, they decided to take a risk – revamping the company and launching a new brand.

Their minimalist eyewear label O+, which entered the market just three years ago, is already gaining fans who are drawn to the brand’s classic aesthetic and use of high-quality materials.

Older brother Silas, 29, joined the family business in 2012 and began nudging the family to consider rebranding the retail arm, while younger brother Shamus, who is currently head designer for the brand, joined the business two years later, in 2014.

“Five years ago was when the eyewear market was beginning to change,” says Silas, a marketing graduate.

“We began noticing that globally, more disruptors such as Japanese chain stores and e-commerce businesses like American brand Warby Parker were entering the market, offering frames and lenses for a fraction of the price that people were used to paying. It meant we had to rethink our business if we wanted to stay competitive.”

Shamus, who has a background in engineering and mathematics, adds that he felt the perception of design among customers had begun to evolve – with more people wanting a classic, timeless look as opposed to one-off, trendy pieces.

But the idea of offering poor quality spectacles just to stay price-competitive was a travesty.

Instead, the two brothers began envisioning a new concept – a single brand store that offered good quality frames at democratic prices. The designs they would put out would be classic and ageless and the branding would be minimalist, young and fresh.

The family’s history in the industry started in 1985, when their father, David, opened his first optical store as a 25-year-old.

Back then, the senior Mr. Hwang was stocking designer labels and cult brands in his store, Eden Eyeland, located in International Plaza.

But eventually, plagued by the cost of designer frames at the time, the 57-year-old took pencil to paper and began designing his own collections under the brand Emsley.

This eventually grew into a booming manufacturing business that supplied more than 1,000 designs to local and international eyewear brands annually. Their frames are machine-made in China using high-quality acetate, titanium and stainless steel, and are each finished by hand.

Shamus says: “Because of our family’s heritage as frame designers and manufacturers, we decided to play to our strengths and compete on quality as opposed to price. Silas, who is more business-oriented, took over the branding of the store and I handled the design of the frames.

“We wanted to inject a fresh breath of air into the industry, one that not many young people are getting into in this day and age.”

In October 2014, following the closure of Eden Eyeland in International Plaza and a $350,000 investment, O+ was born – aptly named because it is the blood type of the whole family, including Silas’ and Shamus’ wives, who are not involved in the business.

But it was not all smooth sailing from the get-go. O+’s first location in Ang Mo Kio proved to be a wrong decision.

“We opened our store in an area that already had a lot of discount opticians,” says Silas. “It also didn’t help that our store, with its open concept design and minimalist interiors, looked quite expensive – even though our frames were not. People were too intimidated to come in and we were not able to attract the target audience.”

Still, the store did not go unnoticed.

Representatives of Tanjong Pagar development OUE Downtown saw their shop, got in touch with the brothers and asked if they were interested to move into the city establishment when their lease in Ang Mo Kio expired.

The mall, with its bustling business crowd and carefully curated tenant mix, turned out to be exactly what O+ needed.

Bathed in natural light from the floor-to-ceiling windows, the space on the ground floor features an open-concept design that makes it feel warm and inviting.

The frames and shades are within easy reach – encouraging customers to touch, feel and try on anything they deem interesting. Gold and grey accents complete the Scandinavian, minimalist feel of the store, making it look upmarket and chic.

The label’s customers range from teenagers to people in their 60s and 20 percent of them are Caucasians.

Many of its customers are also long-time clients of Mr. David Hwang, from back when he ran Eden Eyeland.

His sons add that revenue has increased by 50 percent since they moved from Ang Mo Kio and they have plans to open a second store in the next two years.

Besides Singapore, O+ is looking to open shops in Europe and is in talks with parties for a joint venture within the next year.

Financial success aside, for the brothers, building a new brand from the ground up has been the most challenging and rewarding part of the journey.

“We are trying something different in an industry that is difficult to evolve in,” says Silas. “We couldn’t be sure that the brand would take off, but we bet on the fact that people would be willing to invest in good quality frames, lenses and eyecare.”

For Shamus, the move to offer a new retail concept came at an apt time, given the increasing consciousness among Singaporean customers to support local brands.

“Many people who wander into our store are surprised to hear that our brand is home-grown – as a designer, that makes me very happy,” he says.

“To have people be curious about the brand and appreciate the designs and quality is a source of pride and definitely one of our biggest achievements.”

SILAS HWANG ON SHAMUS HWANG: LITTLE BROTHER IS THE ARTISTIC ONE

Brothers Silas and Shamus Hwang, co-founders of local eyewear brand O+, are only three years apart, but, in reality, they are like chalk and cheese.

The 29-year-old handles business development for O+ and his 26-year-old brother is the head designer.

When Silas first interned at the family business at age 17, he revamped the inventory and production-tracking processes and says he has always been interested in the “nitty gritty aspects of running the business”.

Shamus, says Silas, is more like their father – with an artistic flair and an eye for design.

After Shamus returned from London, where he had been studying mathematics, he began learning the intricacies of design from their father, right up to the minute technical specifications required to design frames.

For Silas, though, having such different interests has helped each brother thrive in the business and allowed them both to play to their strengths.

“As much as I’ve tried, I really can’t understand why a nose-bridge measurement has to be a certain size or why a certain hinge is better than another in a specific frame,” he says, with a laugh. “But because we have such different strengths, we are both able to bring a unique perspective to the business.”

It helps, too, that having different responsibilities means the siblings do not end up stepping on each other’s toes.

“We talk through all major decisions, but at the end of the day, we do not interfere too much in each other’s work,” says Silas. “I think having that autonomy is important so that both of us can continue to grow and learn from each other.”

SHAMUS HWANG ON SILAS HWANG: OKAY FOR BIG BROTHER TO QUESTION MY WORK

One of the first designs Shamus Hwang introduced after coming on board as head designer of O+ in 2014 was a pair of translucent dusty pink-tinged acetate frames. “I thought the material was super interesting and offered a unique look despite a very classic silhouette,” he says.

The decision to manufacture the design did not happen without some disagreement though – coming interestingly from his brother, Silas.

“He sees things from a business perspective, so given the more unique color choice, he expressed concern about whether the frames would sell,” says Shamus, 26. “For me, it was a design decision, but for him, it was a matter of the viability of the design.”

Shamus eventually got his way and the frame has gone on to become one of the brand’s bestsellers.

But it is not something the younger brother gloats about. Instead, he says that he encourages challenges from his family and is open to feedback on his designs, in the same way that he voices his opinion about the rest of the business.

“It’s not so much about disagreements, but more about the process of thinking through different perspectives before we make decisions,” he says. “I value Silas’ opinion a lot even though it might be different from mine. At the end of the day, I know he is doing it for the good of our business – that is what matters.”

Shamus says it was his brother who reminded him when he came on board in 2014 that it was important to stay true to the character of the O+ brand. “He made sure the branding was clear to me from the start and working with him reminds me to stay the course.”

A version of this article appeared in the print edition of The Straits Times on January 01, 2018, with the headline ‘Brothers with vision’. Print Edition | Subscribe
Tagged with: brothers in family business, family vision business, Hwang brothers, Shamus Hwang, Silas Hwang, Vision business