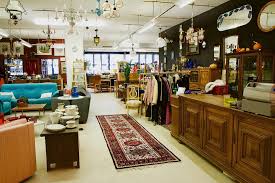 Having grown up on the Wirral, Mark joined his father Walter’s commercial furniture and office supplies business, the Penketh Group, in 1977.

In 1993 Mark and his brothers Andy and Simon took over the reins from their parents and saw the firm’s expansion into Manchester.

Mark is married with two daughters and a son, who also works in the family business as sales director.

An avid Liverpool FC supporter, Mark attends every game and watches no matter where he is in the world.

To what do you attribute your success?

My fear of failure is my driving force, and it’s that, along with my passion for the business and competitive nature, that has made me work so hard and helped me grow the business to where it is today.

What is the best piece of advice you have been given?

I played a lot of tennis as a teenager and, while I was very focused and hardworking, I got frustrated when I didn’t succeed and I made a lot of excuses for it. My coach at the time told me: “If you really want to do something, you’ll find a way. If you don’t, you’ll find an excuse.” That’s stuck with me throughout my career and it’s something I now pass on to others

Who has inspired you most in your career?

My dad – he had the most terrific work ethic. He waited until he was in his mid-40s to set up the business, as he wanted to give my two brothers and me as much attention as possible when we were children, but once he started he didn’t have one single day off for the first four years (including Christmas Day), because he was so committed to making a success of it.

What car do you drive?

For the past 15 or 20 years I’ve driven different models of the same car, a BMW 5 Series, and I wouldn’t drive anything else.

What was the last book you read?

Way of the Wolf by Jordan Belfort, which is all about ‘straight line selling’ and inspired the film Wolf of Wall Street. It teaches you that the same style of selling is applicable to everything you do and that in order to get a sale you need to get your prospect to love your company, your product and you. I’ve started assessing our pitches – both successful and unsuccessful – based on these elements, and it’s really helping us pinpoint where we’re strongest and where we might need improvement.

What is your favorite holiday destination?

Montago Bay in Jamaica. I went three years ago and the people were friendly, the beaches were beautiful and the resort we stayed in was fantastic. I also love Bob Marley, so it was right up my street.

What’s your favorite restaurant and why?

I’m fairly basic when it comes to food and I don’t think you can beat a burger, ribs and chips, so I’d have to say Jacks American Brasserie in Benalmadena in Spain – as well as the great food, it also has a brilliant view of the marina.

How do you relax?

I love playing golf or watching Liverpool FC games, but both of those can be stressful at times, so I’d have to say simply sharing a bottle of wine with my wife.

How do you maintain a work/life balance?

Monday to Friday is all about work, but I always make sure I switch off at the weekends and focus on my family. I’ve got three children who are great fun to be around and spending time with them at the weekend really reminds me what life is all about.

What’s the number one attribute you seek in an employee?

Determination and hard work. Skills and intelligence are basic requirements, but you need drive if you’re going to succeed. I wholeheartedly believe that the more you put in, the more you get out – and rewards will come for those who graft.

What impact have market disruptors/technology had on your business?

A huge impact. When we started the business 40 years ago, we primarily sold stationery supplies, but as technology developed people no longer needed ring binders and filing dividers, for example.
In order to adapt, we reinvented ourselves and moved into commercial furnishings and office design, which now makes up most of our business. Advances in technology continue to govern the products we sell, with us offering more and more tech solutions, such as video conferencing equipment and state-of-the-art projectors.

Tell us one thing about yourself that no one else knows.

Taking it back to my tennis years again, I won a lot of tournaments and ranked second in the UK in the under-16 category.