Baby Boomers vs. Millennials: Which Generation Has More Entrepreneurs? 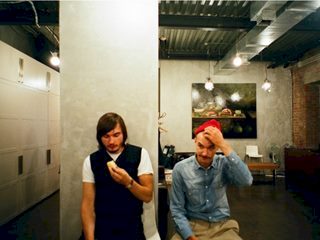 Starting a new business can be a long, arduous and daunting road for anyone in today’s fast-paced and ever-changing society.

One of the biggest hurdles to starting a new business, in addition to developing an innovative out-of-the-box idea, can be where and how to obtain funding. Whether it’s securing the cash through venture capital investments and family or paying down debts to start on the right step, money seems to be the central conduit that makes entrepreneurship world spin around.

The millennial generation is often viewed as the entitled group of youngsters that believe everyone should get a participation trophy, while baby boomers are typically seen as more of a “pull yourself up by your own bootstraps” kind of generation. As such, it may not come as a major surprise to many that up and coming young entrepreneurs starting new business ventures is at an all-time low.

According to recent U.S. census data, 2014 saw 452,853 new businesses, whereas each of the past forty years saw anywhere between 500K to 600K entrepreneurs move on their initiatives. While some may say that the 2008 recession has had a major impact on the entrepreneurial arena, the non-profit research organization, Kaufman Foundation, points to three primary reasons for the decline in starting new businesses which include: the Walmart-ization of America; regulation; and big companies getting more entrepreneurial.

This means that there’s a generalization of business chains while there are many regulations, and larger organizations are becoming more open to startup-style ventures. All of this could likely be contributing to today’s lack of entrepreneurs in the millennial age group.

As far as which generation is more inclined to become entrepreneurs, it appears that millennials just aren’t quite there in terms of venturing off with their own businesses. Research from the Small Business Association showed millennials made up just two percent of self-employed professionals in 2014 compared with 7.6 percent of Generation X and 8.3 percent for Baby Boomers.

What are the main contributing factors to the low entrepreneur number for young people?

As we mentioned earlier, money is one of the biggest burdens when it comes to starting a new business. With current student loan debt coming in at $1.3 trillion, it’s no wonder the millennial generation isn’t at the same level as prior generations. With students in 2016 graduating with an average of just over $30,000 in loans to pay back, this may be the main contributing factor for millennials not being able to start their own businesses.

In addition to the crumbling student loan debt crisis, U.S. Bureau data also estimates young people are making $2000 less today than those their same age in the 1980s. What makes this even worse is that millennial unemployment is an astounding 11.5 percent — and 51 percent are underemployed, working jobs that don’t require a degree at all and which may cause this generation to head back to the retail world post graduation. McKinsey research shows there are six times as many millennials working retail jobs as initially planned by the industry.

While millennials are working these retail jobs, it’s hurting their resumes and chances for finding professional level jobs that use their degrees in some shape or form.

Given all of this for the millennial generation, it appears that the entrepreneur route may be a bit tougher today than it was for prior age groups. The Small Business Administration‘s research shows that 22 percent of millennials think starting a company would have a positive impact on their future careers. This means that 78 percent of this generation is adverse to the very idea of entrepreneurship because of the associated risks of failure and the potential of it damaging their careers. Interestingly, 62 percent of millennials have thought of starting their own company.

If a majority of the millennial age group has thought about starting a business but a minuscule amount have pursued this path, there’s likely a disconnect somewhere in the system. Whether it be lowering the cost of college tuition or pushing for more STEM pursuits earlier in the education process, there is likely some change that will need to occur to boost the entrepreneurial spirit amount millennials.