At some of Europe’s oldest family wineries, the future is (finally) female 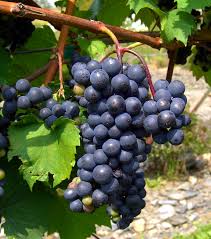 (by Courtney Schiessl, written for Vinepair.com)

Across France, domaines are appended with et fils (“and sons”), referencing the children who joined the family business along the way. A list of Italy’s top wines largely reads as a string of male names, speaking to the men who built the wineries.

Winemaking daughters, however, were historically hard to come by. For instance, when the founder of top Burgundy estate Robert Arnoux passed away, the business was helmed by his son-in-law, not his daughter.

Female winemakers are no longer a rarity, though they are still in the minority in almost every world winemaking region. Now, in Old World wine regions that traditionally handed wineries down from one male generation to the next, daughters are taking the reins in the fields and cellars. These winemakers are not only revolutionizing their family businesses, they’re setting a new course for future generations.

When Paola Lanzavecchia told her father Daniele that she planned to become a winemaker, he was shocked. He’d been planning to restructure the business, take some time for himself, perhaps stop working every day.

“Due to my decision, he understood that he would put that off to be a teacher — my teacher. It’s a big responsibility for a father,” Lanzavecchia, now the technical manager of Villadoria in Barolo, says.

Since 2005, Lanzavecchia has worked with her father in the Barolo estate that her grandfather and great-grandfather created, in a team effort that she refers to as “generational cohabitation” rather than generational transition.

The Villadoria team isn’t the only father-daughter duo in the traditionally patriarchal Barolo region. Maria Teresa Mascarello worked with her father Bartolo at his legendary winery until he passed away in 2005, and now runs the estate’s winemaking. Silvia Altare has been working with her father Elio at his namesake estate since 2003.

Paola Lanzavecchia joined her father, Daniele, in her family’s Villadoria winery in 2005.

Marie-Noelle Ranion-Henriet, winemaker at grower-producer Champagne Henriet-Bazin, never really decided to become a winemaker. That’s just who she was, having spent much of her childhood in the vineyards and cellar with her father and grandfather.

“You know, it’s not a job to be Champagne grower and producer; it’s your life,” Ranion-Henriet says. “My father was and is still living a passion for his job as Champagne grower and producer, and he gave this passion to me.” Ranion-Henriet joined the family estate upon turning 18 in 1991 and works alongside her father to produce the small producer’s Champagnes.

It took some time for Dr. Katharina Prüm to decide to join her family’s benchmark Joh. Jos. (J.J.) Prüm winery in Germany’s Mosel Valley, which has been passed down through generations since 1911. After leaving to study law, Prüm saw the family business from another perspective and returned for the outstanding 2003 vintage to join her father as winemaker.

“My father was pleased about my support,” Prüm says. “And it was not a surprise in our family since there was no alternative; I am the oldest of three daughters!”

There were no sons in the current generations of Henriet-Bazin and Villadoria, either. Ranion-Henriet is an only child, and Lanzavecchia has one sister.

But women are stepping up in winemaking families with both sons and daughters as well. Marie Zusslin joined her family’s Valentin Zusslin winery in Alsace as manager in 2000, as did her brother Jean-Paul.

When she called her father to share her plans to join the family business, he was overjoyed. “My father was the happiest on earth because he was waiting but didn’t want to ask me to return to the winery,” Zusslin says.

During the first decade of her official tenure, Zusslin worked with her brother, parents, and grandparents. While she admits that these years were not easy, they were essential to learning about the winery’s tradition and forming an excellent working relationship with her brother.

“We are completely complementary in our way of thinking and working, in our character and opinions,” Zusslin says. “The everyday work is well organized and each knows exactly what to do.”

That’s not to say that the generational shift saw no changes or conflicts. But sometimes those conflicts have less to do with how fathers and daughters are different and more with how they are similar.

“My father and I have a very similar temperament and we are both headstrong, so we had arguments along our path,” Lanzavecchia says. “But we have always maintained that our family relationship is more important.”

Ranion-Henriet changed and modernized some practices when she joined the family business. Champagne Henriet-Bazin has a long history of growing and vinifying its own wines, but the estate continued to sell a portion of its grapes to larger houses until Ranion-Henriet joined in 1991. She also expanded the winery’s vineyards and spearheaded exports.

Marie-Noelle Ranion-Henriet (right) accompanied her father, Daniel, in the vineyards as a child and officially joined Champagne Henriet-Bazin at age 18.

One of the few conflicts that Ranion-Henriet and her father Daniel have had over the years comes down to palate, but neither seems to mind.

“You know, winemaking is so personal that everyone is right,” Ranion-Henriet says. “Obviously, we had different points of view, but no conflicts came out of this situation. He was listening to me as the person who brought new elements, and I was listening to him as the beneficiary of the legacy.”

Attributing the palate differences to the town in which she was raised — her mother’s Villers-Marmery, a Chardonnay-dominant village — Ranion-Henriet’s style differed from her father’s preference for powerful, Pinot Noir-dominated Champagnes.

The differences are reflected in Henriet-Bazin’s wines. “From year to year, step by step, the style of our Champagne started being more and more elegant,” she says, adding, “Not girly — I’m not girly — but elegant.”

Some women in the wine industry take offense at the notion of qualifying a winemaker by her gender, alleging that this hinders the progress of women in the industry. But winemakers like Lanzavecchia, Prüm, Zusslin, and Ranion-Henriet are actually a relatively recent development.

It was previously unheard of for a winery — or any property, for that matter — to be passed from father to daughter. The acceptance of primogeniture, the practice of an estate being passed to the eldest son, didn’t fade until after World War II, with continued debate lasting until five years ago in Spain and the U.K.

While there is a history of women working on the marketing and management sides of the winemaking business, they were often discouraged from working in the vineyards and cellars because the physical tasks were deemed too demanding. (As antiquated as that sounds, less than 50 years ago major U.S. corporation Colgate-Palmolive laid women off in order to “protect” them from manual labor.)

“Don’t forget I was born in 1973,” Ranion-Henriet says. “The mentalities at this time were not as open-minded as they are today.”

“In 2000, It was not so common to be a female winemaker in Alsace,” Zusslin says. “At that time, I had to show that I was capable to work in the vineyard and that I had the knowledge. It was more a man’s world than today.”

Siblings Marie (right) and Jean-Paul Zusslin both returned to their family’s Valentin Zusslin winery in 2000.

And while women have come a long way — Prüm notes that it’s much less of a discussion topic now — the fact remains that men dominate the landscape.

That mentality is changing in every facet of the wine industry, where women hold their own in historically male-dominated sommelier, buyer, and critic positions. A choice to favor Robert Parker or Jancis Robinson, for instance, is less about gender than it is about palate preference and writing style. That kind of movement across the entire industry is important in recognizing real change in power, and is likely to have a snowball effect; studies show that women are more likely to hire other women than men, keeping the momentum going.

The women taking over well-established, previously male-led wineries to little or no fanfare is an indication of the direction that the wine industry is taking as a whole. It’s no longer surprising to see women at the helm of top wineries, even if the estate is still named after a man. Who knows? Soon, we may see more legendary domaines in the names of their female winemakers — et filles.