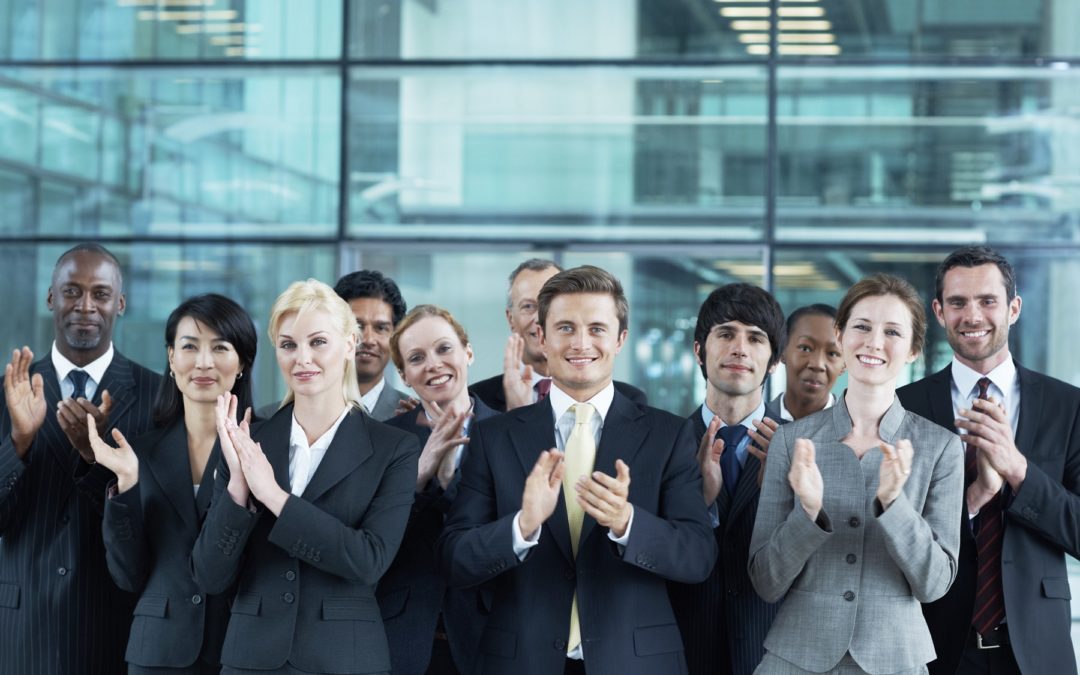 While 2/3rds of all companies worldwide are family businesses, there are many family businesses who still aren’t quite sure how to make it work. For Startup Magazine, Michelle Goodman talked to some successful family businesses to find out some of their secrets. Here are the top 7 tips she came away with.

Working with loved ones presents its own set of challenges. You can’t award promotions and voting stock based on nepotism alone; family members need to earn their place at the table. To keep the peace, you need clear-cut roles, boundaries and ground rules. And keeping ownership in the family requires a finely tuned succession plan. The following seven tips will point you in the right direction.

1. Get everyone on the same page

For a company to succeed, relatives who take leadership or support roles need to respect and abide by the overriding business goals — for example, staffing the company with young autistic adults as Rising Tide Car Wash does. “You have to have a mission statement so everybody’s on the same page,” (CEO John) D’Eri says. “You can’t just look toward the leader and say, ‘OK, what is it today?’ You have to have a plan.”

But social enterprises aren’t the only companies that require unwavering support from all involved relatives. Even if your mission is to build the best tea cozy in history or to grow revenue by 20 percent a year, you still need family founders, employees and investors on board.

Take Royce, a 42-year-old leather-accessories maker in Secaucus, N.J. The company’s driving corporate principle is to put sustainability over profits, says CEO Andrew Royce Bauer, a second-generation CEO of the company. “We want to survive for generations and generations to come,” he explains.

Another example: ACE Mailing, a direct-marketing company in San Francisco, where the principle “Cash flow is king” drives all business decisions. “The dollar you have today is worth more than the dollar you have next week,” says founder Gwen Kaplan, who started the business 38 years ago. “You should be thinking that all the time in relation to your clients, in relation to your family.”

Boundaries are essential when working with family. The more clearly defined everyone’s job description, the less room you’ll have for workplace conflict and the more obvious it will be when someone slacks off. “The important thing with a family business is to say, ‘This is your job, this is mine,’” D’Eri explains.

Outlining clear-cut roles also can help avoid needless personal squabbles with loved ones, claims John Luther, who runs 4-year-old Sola Coffee Café in Raleigh, N.C., with his wife, Jeanne. He manages the business logistics for the $1.35 million café, while she is the creative force behind its cozy, living-­room-like interior. Each knows not to step on the other’s toes throughout the workweek. “We find that the times we have conflict are when we’re moving into each other’s piece of the pie,” he says.

One tip: Don’t assign roles based on a family member’s desired position. Everyone needs to be placed according to their talent and experience, says Bauer, who became Royce’s CEO in 2013. He handles external responsibilities like sales, product development, merchandising and partnerships, while his brother, William, who became the company’s managing director in 2014, oversees internal operations. “We have very specific responsibilities, and they play to our strengths,” Bauer says.

3. Set up an equity plan, stat

Relatives should outline who will own what percentage of the company from day one, advises Todd Feuerman, a director at Baltimore accounting firm Ellin & Tucker. Put simply, the person who invests the most money gets more equity. Hashing this out and putting it in writing at the outset will be useful a couple of years down the line in the event that family members who’ve helped build up the company from nothing feel entitled to equal ownership regardless of their lack of investment.

D’Eri, who is the sole owner of Rising Tide Car Wash’s first location, agrees. “It’s all my capital, all my experience, all my risk,” he says, noting that once he is repaid the $1.2 million he invested, which he anticipates happening by the end of this year, his son Thomas will gain 20 percent ownership. D’Eri also funded and owns the car wash’s second location; he anticipates its cash flow will eventually enable Thomas to buy him out when he’s ready to retire.

Bauer of Royce supports this approach. He and his brother spent their teenage years working their way up through the business their parents built, and in 2014 they started exploring ways to gain equity in the company. By the end of this year, the siblings hope to share equal ownership with their parents, who still play an active role in running the $6 million operation. “We feel like we really earned that equity instead of it being handed to us,” Bauer says. “We produce at least 50 percent of the revenue.”

Handling blood relations in the workplace with kid gloves is the wrong approach. Roger Kauffman, president of Baltimore-based Electric Motor Repair Company, will attest to that. Kauffman, who took over the commercial and industrial service repair business from his father, Harry, decades ago, doesn’t believe in letting his four adult children, who work for the $26 million company, play the family card.

“By design, I don’t directly supervise them,” Kauffman says. “I’ve put them under another person, and I’ve put them in different departments so they’re not crashing into each other and they have somebody other than a family member telling them what to do. If I hear that they’re not coming in on time or something, I’ll go to their supervisor and ask what they’re doing about it.”

Sometimes empowering staff to manage your relatives is easier said than done, though. Just ask the Luthers of Sola Coffee Café, who count three of their teenage children among their 22 employees. Although the Luthers entrust their director of operations to supervise their brood like any other employee and dole out discipline as needed, initially this took some convincing.

“At one point he said to me, ‘It is risky for me to discipline your kids, because my family is relying on this job,’” John Luther says of his operations man. “There is a funny dynamic when you have someone who’s managing your children. They have to know they have your backing, and the kids need to know that person’s the boss, too. It lends integrity to the chain of command.”

Leaving work at work is a challenge for any ’trep. But try living with your cofounder or direct reports — or spending holidays, birthdays and summer barbecues with them. To avoid feeling like they’re on the job 24/7, the Luthers close their cafe on Sundays and maintain a “no shop talk” rule that day. “In our family, it’s a savior,” John says.

For Kaplan of ACE Mailing, the secret to relaxing outside the office with her husband and two adult sons, all of whom now work at and co-own the company, was relocating the business from the family garage to an off-site commercial space within a year of opening. “We have never really worked at home, except when we got started,” she says.

Having a process for airing work-related concerns and grievances with family members is essential, too. EMR’s Kauffman refuses to discuss performance, planning or other workplace issues with his kids outside the office. “If I have to talk to them about work,” he says, “I call them into my office and talk to them there.”

But what about family-business matters you’d rather not discuss at the office — for example, whether your family should give cousin Carl a job? D’Eri of Rising Tide Car Wash holds quarterly family-council meetings outside the office for this purpose, with wife Donna included as well. “Nothing of the family is discussed in front of anybody at work, period,” he says. “That way you don’t introduce any family controversy at work. Because often what happens is the staff feels uncomfortable.”

It’s never too soon to think about how you’ll exit the business and who you want to take the helm when you do. Creating a viable succession plan requires a team of experienced advisers, including an accountant, a financial planner and an estate-planning lawyer. An impartial business consultant who knows the family and isn’t afraid to point out the issues you may not want to hear can be helpful, too.

When it comes to succession planning, the most common problem seen by Ellin & Tucker’s Feuerman is families disagreeing on how the business should evolve, when and how the founders will leave the company and who should retain ownership afterward.

7. Groom the next generation.

Kauffman, who at 68 is gearing up to retire from EMR soon, has been readying his daughter Caroline, currently the company’s general manager, to replace him by 2019. He aims to make it easier for her to transition to the company’s executive suite than it was for him decades earlier. Kauffman says his father pressed him to take over as company president for years, yet refused to move out of his own office or offer any guidance on running the company. “I had to figure it all out myself when I took over,” he says.

Determined not to follow in his father’s footsteps, for the past eight years Kauffman has been preparing Caroline to step into his shoes, giving her the opportunity to work on and learn the various intricacies of EMR’s operations, finances and HR procedures. Father and daughter meet twice a month, sometimes for as much as three hours a session, to discuss any concerns, questions or new corporate initiatives she may have.

“The older generation has to be willing to let things go and let the younger generation spread their wings,” Kauffman says. “She earned her stripes. Now she’s more familiar with some of the stuff than I am. When she takes over, she’ll actually improve on what I’ve done.”