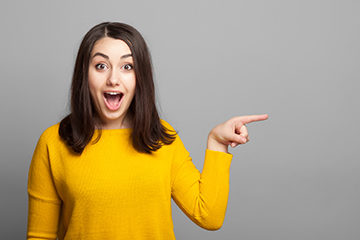 Millennials are now the single largest group within the work force, and will soon become the biggest consumer group, too.

Understanding, and being able to engage with, Millennials is going to determine how successful your business will be.

Here are 25 Interesting and surprising facts that will help you to better understand them: (More)

Millennials are carrying a total of $1 trillion in student debt.

Over 63 percent of Gen-Y workers have a bachelor’s degree.

45 percent believe a decent paying job is a “privilege,” not a “right.”

88 percent prefer a collaborative work culture rather than a competitive one.

50 percent do not believe that Social Security will exist when they reach their retirement age.

92 percent believe that business success should be measured by more than just profit.

40 percent of Millennials think that blogging about workplace issues is acceptable, compared to 28 percent of Boomers.

80 percent of Gen-Y say they prefer on-the-spot recognition over formal reviews and feel that this is imperative for their growth and understanding of a job.

70 percent have “Friended” their managers and/or co-workers on Facebook.

Millennials are connected to an average of 16 co-workers on Facebook.

56 percent of Gen-Yers won’t work at a company if they ban social-media access.

69 percent believe office attendance is unnecessary on a regular basis.

Millennials actually stay with their employers longer than Gen-X workers did at the same ages; in fact, more Gen-Xers spent less than one year at any one job.

35 percent of employed Millennials have started their own business on the side to supplement their income.

54 percent either want to start a business or already have started one.

84 percent say that helping to make a positive difference in the world is more important than professional recognition.

41 percent of Millennials have no landline at home and rely on their cell phones for communication.

Millennials value community, family, and creativity in their work.

In short, many Millennials are overeducated, under-employed, heavily in debt, and looking to make a difference in the world–either working for themselves, or in a company that doesn’t just focus on profit. They also want to work in a collaborative, flexible environment that doesn’t require them to be in the office all the time, and one that will allow them to utilize social media.

Any company that can adapt and accommodate these needs is going to have access to large and talented pool of resources, who will be loyal and do great work.

What is your company doing to attract and retain the best Millennial talent?